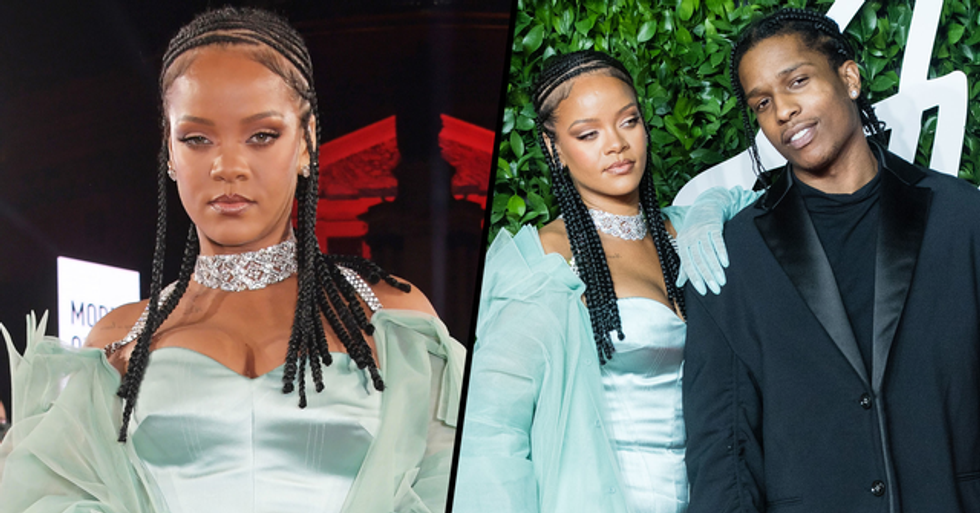 However, some sad news has emerged last year that Rihanna has parted ways with her partner of 3 years, Hassan Jameel.

But when life closes a door, it opens a window - and it seems like that window might be Riri's long term friend, A$AP Rocky.

I'm going to say it: Fenty Beauty is probably one of the best things to ever happen to the industry. In 2017, Rihanna really changed the game with her products, from her range of foundations all the way down to her iconic Gloss Bomb.

Fenty Beauty has gone out of its way to make sure that all individuals can find the right foundation for them. And she did not disappoint. With the recent addition of new shades, the company is absolutely killing the make-up game.

When Fenty Beauty first launched, it racked up an amazing one hundred million dollars in its first week! Most of the products sold out immediately and the buzz around the company hasn't died since. Rihanna also announced on her Instagram that there is even more to come.

Nine Ball is an expert in all things tech. She hacks into the Met's system in order to cover up all traces of the heist. She is a crucial part of the operation, and, according to the whole of the internet, she did an amazing job.

Rihanna is truly a woman of many talents.

Well, at the rate she's going, there's nothing that can stop her. The launch of her high-end clothing line in partnership with LVMH means she has yet another way of earning a profit.

However now it's a different story.

Rihanna's got it all. But today she revealed that she's missing a boyfriend and is single all over again, after she parted ways with her partner of three years, Hassan Jameel, according to TMZ.

The break up isn't only physical.

Hassan was a multi billionaire, so the break-up signals the end of a serious power couple when it comes to wealth and influence.

She wants to become a mother.

Speaking just a few months back Rihanna revealed that she hopes to become a mother in the near future. But unfortunately it looks like Hassan won't be the father of her children...

But some have a suspicion about Riri's next potential relationship.

And people are feeling pretty excited about the potential new couple.

Because the person many suspect to be Rihanna's new boo?

None other than A$AP Rocky.

The pair have something of a history ...

They've been pals since 2013, but recent appearances suggest there might be something more to the pairing.

We'd be totally for the coupling!

And we can only hope that it could inspire Rihanna to (finally) create some fresh new music! For more Rihanna, keep scrolling. We've got a throwback image of her that'll shock you!