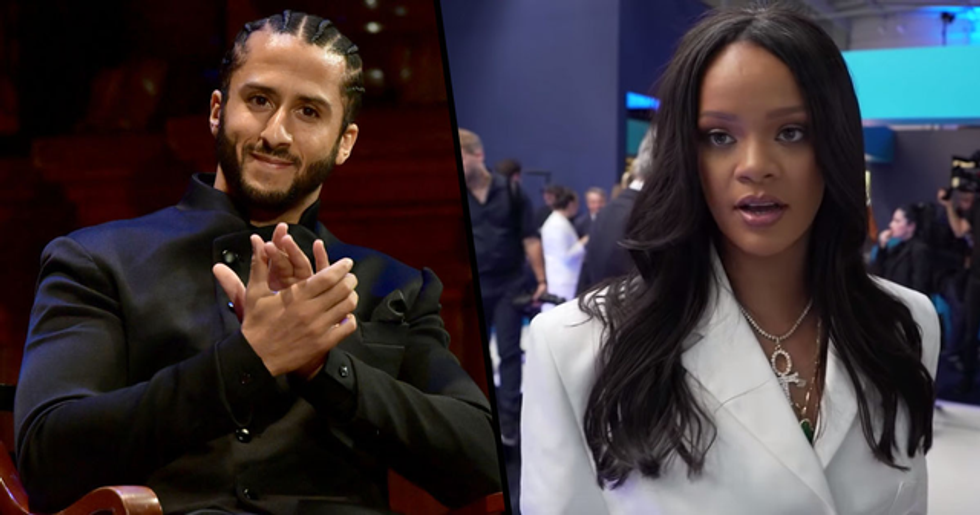 And the latest celebrity to voice her alliance with the NFL star is music legend, Rihanna. This year, she publicly turned down the Super Bowl half-time show and has now revealed that she did it all in support of Kaepernick and his stance on the treatment of black people in the U.S.

Keep scrolling to read the full story, and to hear Rihanna's powerful words about the state of our country...

The music legend performed at the Global Citizens Festival in New York in September 2017. And he had the following to say in support of Kaepernick and the other NFL players...
“Tonight, I’m taking a knee for America," Wonder said, kneeling down arm in arm with his son, Kwame Morris. “But not just one knee — I’m taking both knees."

And the latest celebrity to express her support...

Is none other than the pop legend, Rihanna.

Rihanna has famously turned down the Super Bowl performance...

The NFL have instead landed Maroon 5 and Travis Scott for the half-time performance.

And, as for Colin, he has clearly noticed Rihanna's support and has been retweeting stories of the singer's interview on his Twitter page.