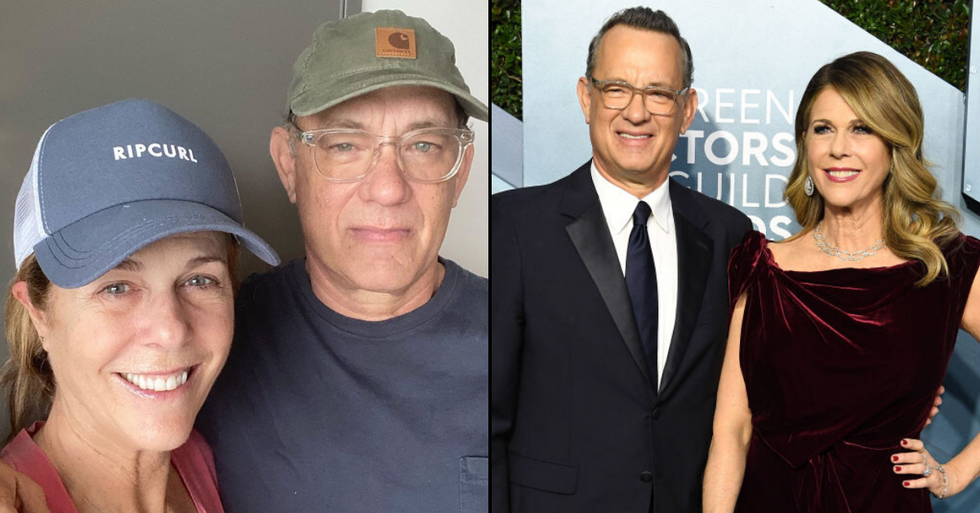 Last month, treasured Hollywood legend, Tom Hanks, announced that he and his wife Rita Wilson had been diagnosed with the virus.

The beloved actor has been sharing updates via social media, and Hanks and his wife have finally been able to return home...

But now Wilson has spoken out about the controversial Trump-approved treatment she received.

Originating from the Chinese city of Wuhan, a deadly virus has been rapidly spreading across the globe.

Earlier this month, the news broke that world-famous actor Tom Hanks and his wife have tested positive for the virus.

The sixty-three-year-old took to Instagram to reveal the news after the pair have been spending time in Australia for production of Baz Luhrmann’s untitled Elvis Presley movie, in which Hanks is playing Presley’s iconic manager Colonel Tom Parker.

"Hello, folks. Rita and I are down here in Australia. We felt a bit tired like we had colds, and some body aches. Rita had some chills that came and went. Slight fevers too. To play things right, as is needed in the world right now, we were tested, and were found to be positive," he wrote. "Well, now. What to do next? The Medical Officials have protocols that must be followed. We Hanks’ will be tested, observed, and isolated for as long as public health and safety require. Not much more to it than a one-day-at-a-time approach, no? We’ll keep the world posted and updated. Take care of yourselves!"

"We have been made aware that a company member from our Elvis feature film, which is currently in pre-production in The Gold Coast, Australia, has tested positive," the statement read. "We are working closely with the appropriate Australian health agencies to identify and contact anyone who may have come in direct contact with the individual. The health and safety of our company members are always our top priority, and we are taking precautions to protect everyone who works on our productions around the world."

And wrote: "Hello folks. @ritawilson and I want to thank everyone here Down Under who are taking such good care of us. We are in isolation so we do not spread it to anyone else."

Hanks shared this update on Twitter, with his usual brand of reassurance and kindness.

Hey, folks. Two weeks after our first symptoms and we feel better. Sheltering in place works like this: You don't give it to anyone - You don't get it from anyone. Common sense, no?

And since their recovery, Rita has spoken out about her treatment.

Using chloroquine to treat the virus is quite controversial - and Wilson claims she found side-effect "extreme."

"I think people have to be very considerate about that drug."

"We don't really know if it's helpful in this case." And these aren't the only Hollywood stars affected by the pandemic. Scroll on for the full list ...