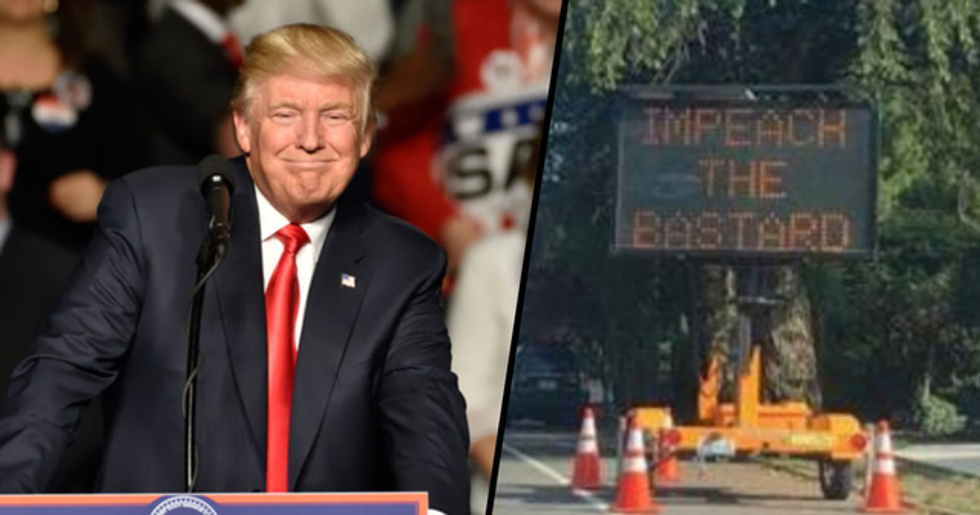 And now Trump has been expertly trolled - in a very unexpected way.

"The President of the United States is betraying our country on a daily basis. This man who is in the Oval Office right now is a clear and present danger to the future of the United States." Almost four years later, and we're all still saying the same thing! We warned you from day 1.

And now there's been an unexpected development in the story.

Some hackers have got involved in the Trump impeachment story - in quite a bizarre way.

No, not by getting into anyone's secret email accounts.

They've taken a rather different approach - hacking instead a Seattle road sign.

And here's there handiwork.

It's pretty great, you have to admit. The Department of Transportation sign apparently displayed the message for two hours.

The sign was being rented from a company called National Barricade.

But we still think it's kinda genius.

And if you still don't believe me or Hillary when we say that Donald Trump is a dangerous man, then keep scrolling to see listen to Brad Pitt say it... you might believe us then.