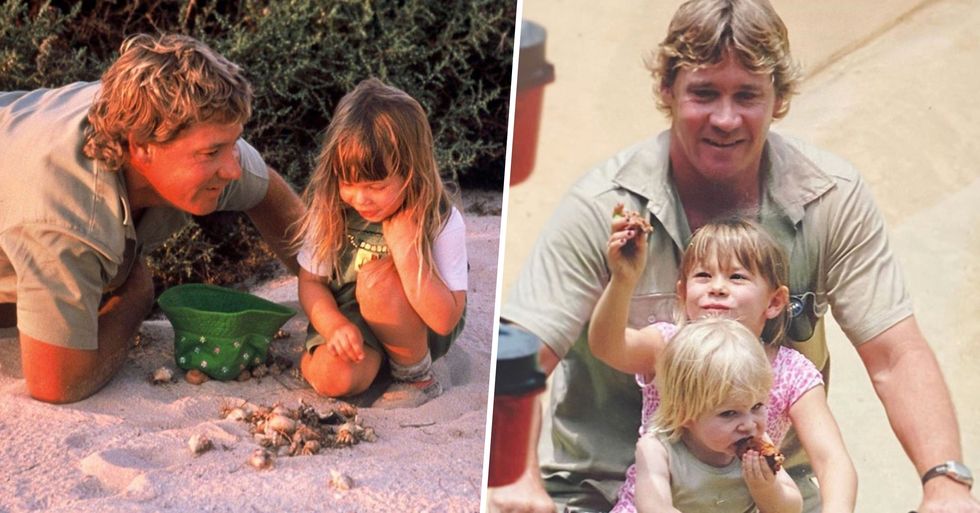 Robert and Bindi Irwin have shared some heartbreaking tributes to their dad, Steve, on the fourteenth anniversary of his death.

Keep scrolling to see what they had to say...

Steve was filming in Australia's Great Barrier Reef for the documentary series Ocean's Deadliest on the 4th of September, 2006 when he was stung in the chest by a wild stingray barb during a snorkeling session.

Whilst Robert is carrying on his father's work...

And looking more and more like him as the years go on, Bindi is now a happily married woman with a baby on the way.

And even though the family is so excited, the pain remains that Steve will never get to see his kids grow up and, of course, meet his grandchildren.

The family knows how proud Steve would have been...

But there's no denying how much they continue to miss him every single day.

The fourteen year anniversary of Steve's death arrived last week on the 4th of September...

And as we can only imagine, it was a difficult day for the Irwins.

But never the less, they took to social media to pay their tributes to their late father.

Robert paid tribute by sharing a photo from a recent research trip to The Steve Irwin Wildlife Reserve, a reserve in Cape York, Australia, that "has been set aside as a tribute to the conservation work of Steve Irwin and a place for scientific research and discovery."

"This research was all started by Dad and to this day we still use the same methods of capture that he created. Our crocodile research began 17 years ago when Australia Zoo joined forces with the University of Queensland to conduct world-leading science and lead the charge in crocodile conservation. And today we get to keep this vital work going, using state of the art solar tracking technology to learn even more about these amazing animals make sure Dad’s mission and passion for croc conservation continues!"

She simply wrote, "You’re always in my heart."

Rest in Peace, Steve. Keep on reading to get more on Bindi and Chandler's wedding day...