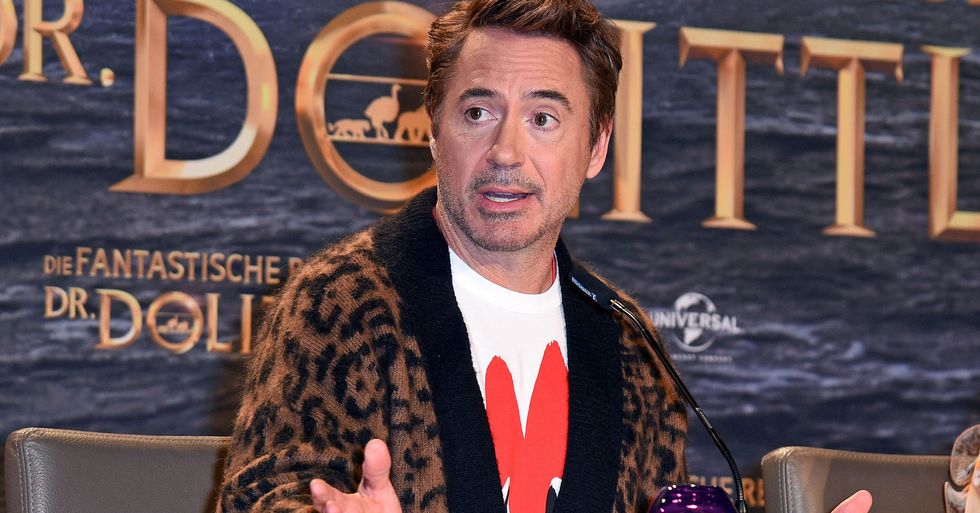 Robert Downey Jr has finally spoken out about his future in the Marvel Cinematic Universe, and fans have had some strong reactions...

Iron Man is one of the most beloved superheroes in the Marvel Cinematic Universe.

The character first hit screens in 2008 and has since been cemented as a firm fan favorite.

Robert Downey Jr's portrayal of the iconic superhero has led the actor to become one of the most well-known faces in the MCU.

But, this week, he has spoken out about his future in Marvel once and for all.

But he really started to capture mainstream attention on Saturday Night Live.

The up-and-coming actor was a regular cast member of the infamous sketch show from 1985 to '86.

And it wasn't long after that he landed his first major big-screen role.

The star played a charming womanizer in The Pick-up Artist (1987), a romantic comedy co-starring Molly Ringwald.

The actor bagged the role of the drug-taking party lover Julian Wells in Less Than Zero, in which he co-starred with Andrew McCarthy.

But sadly, some aspects of the character of Julian rang true for Robert's private life.

Behind the scenes, the star's career has been marred with substance abuse problems.

The star had been introduced to drugs at the age of 8 by his father, and developed a full-fledged addiction into his 20s.

Despite a stint in rehab...

Robert's struggles with drugs and alcohol would continue.

In spite of all this, his career continued to advance.

And he quickly established himself as a successful Hollywood actor.

The actor went on to star in several critically acclaimed movies.

Including the likes of 1992's Chaplin and 1994's successful yet controversial Natural Born Killers.

Robert seemed to be at an all-time career high.

But sadly, his personal life was derailing again.

In June 1996, the actor was stopped by police after driving naked in his Porsche on Sunset Boulevard.

He was also found to be in possession of drugs at the time. Then, less than a month later, and just a few hours before he was going to be charged, he was found passed out in a neighbor's house.

Over the next several years...

Robert's personal life was a mixture of headline-hitting antics related to his ongoing substance abuse issues - including a twelve-month prison stay and another stint in rehab.

Despite the turmoil of the early '00s, Robert continued to work.

And even went on to pick up a 2001 Golden Globe Award as well as a Screen Actor's Guild Award soon after.

Of course, in 2008, Robert landed what is perhaps one of his best-known roles.

It was a real career win for the star.

And saw Robert step into the role of the wealthy industrialist-turned-crime fighter Tony Stark in the smash-hit Marvel flick.

Robert's Iron Man character was back in action in the Avengers movie too.

As the MCU moves towards its future projects, it seems it's time to say a final goodbye to one of its original superheroes.

Those Marvel buffs among us will be well aware of what happened in Avengers: Endgame.

Robert's time in the smash-hit franchise seemingly came to an obvious close after his sacrifice via Infinity Gauntlet to save the universe.

Anything is possible as far as Marvel is concerned - so just because a character is dead, it doesn't mean they are gone for good.

But this week, Robert shattered all those hopes.

It's bad news for fans holding out hope for a big Iron Man return to the MCU. In a new interview on the SmartLess Podcast, Robert confirmed the news many had been dreading.

He replied with a simple “that’s all done."

He has said on a couple other occasions how anything is possible on a return to the series, but this new statement seems to confirm that we have seen the end of Robert in the franchise.

And it seems many are devastated by the news.

Although some raised this point.

@MCU_Direct @RobertDowneyJr Time will tell, I have faith that Tony Stark will return and rewrite his true and worthy ending.
— Hector R. Taipe (@Hector R. Taipe)1598999718.0

Looks like there are a few fans still clinging onto hope. For more on Marvel, scroll on to check out all the exciting projects that are in the works currently...