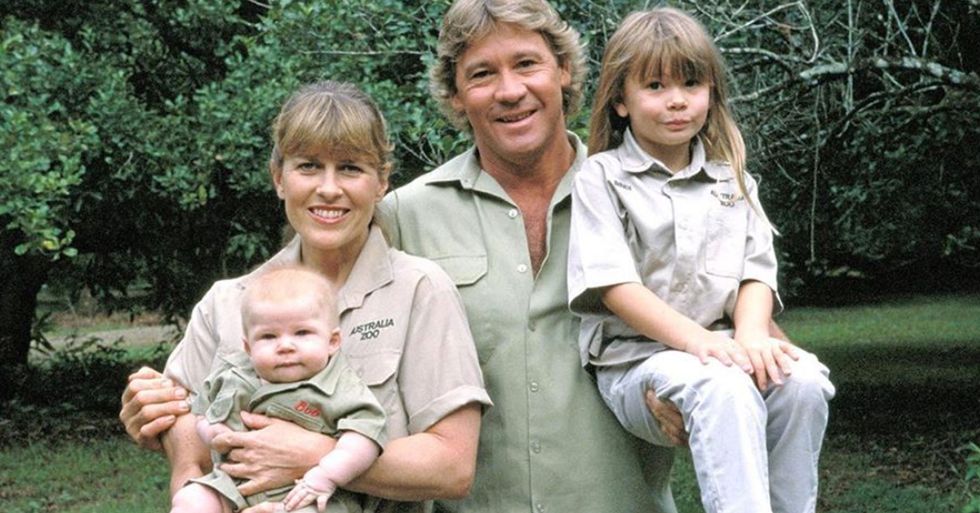 Details have slowly been emerging from the family's special day and it sounded like an utter dream.

Keep scrolling to read about these details and how little brother Robert walked his sister down the aisle...

Bindi Irwin tied the knot with her childhood sweetheart on the 25th of March 2020.

This was a truly joyous day for the family and they made sure that their late father, Steve Irwin, wasn't missing from the celebrations. But firstly, let's rewind a couple of decades...

The pair met when Chandler, who's now twenty-two, was visiting the zoo while in Australia for a professional wakeboarding competition.

She announced to her fans that they were engaged!

Announcing the exciting news, Bindi wrote on her Instagram, "July 24th, 2019… On my birthday I said ‘yes’ and ‘forever’ to the love of my life. Chandler, close to 6 years ago I fell in love with you and every day since has been a whirlwind of adventure and true happiness. I’m so looking forwarding to spending our forever together as your wife. Here’s to a lifetime of friendship, purpose and unconditional love. — Now let’s get married already!"

Of course, Bindi's little brother, Robert, was quick to offer his congratulations to the happy couple.

And on the 25th of March, the happy day finally arrived.

Bindi and Chandler finally said their "I do's" and became husband and wife.

They had no guests due to the recent restrictions from the pandemic...

Speaking to PEOPLE, Bindi said, "Where we got married was such a special place to dad. It’s a beautiful little area where he had filmed for many years. It felt really wonderful and just meant to be."

Steve was with them throughout the entire ceremony.

Of course, Steve wasn't there to walk his daughter down the aisle...

So Bindi settled for the next best thing.

Robert walked his big sister down the aisle...

And it is the most beautiful thing to see.

He wrote: "Walking my sister down the aisle was one of the most special moments of my life. Bindi, you are the most amazing sister and friend, always there for me through it all and I just couldn’t be happier you found Chandler. And Chandler, I am so happy to now welcome you into our family as my brother. March 25 was a truly beautiful day!"

They make the most beautiful of families...

And we wish Bindi and Chandler the happiest of lives together! Keep scrolling to check out a recent photo of Robert that looks just like Steve...