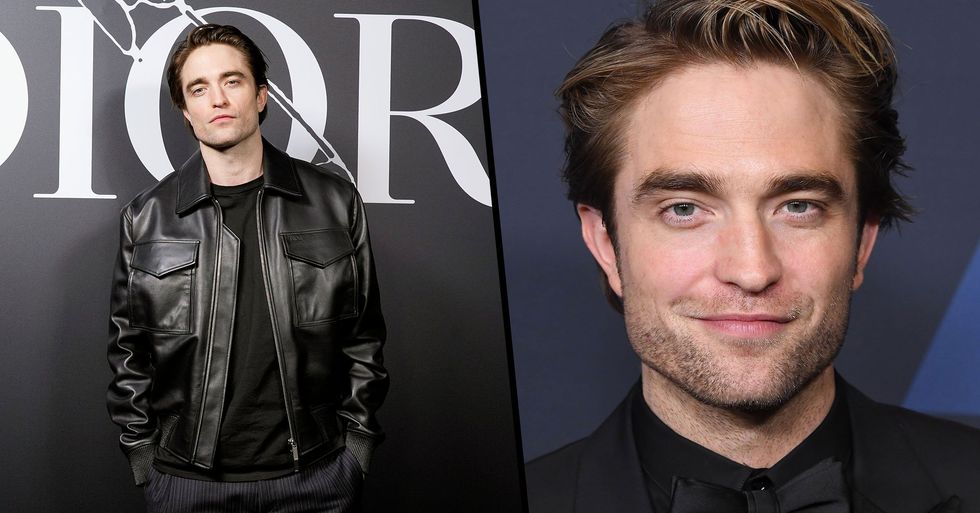 What makes a person beautiful? Their hair? Their dress sense? Their personality? Well, according to a scientific experiment using a method devised by the Ancient Greeks, it depends highly on the position of their facial features. They used what is referred to as "The Golden Ratio" to work out how close faces can be to perfection. Taking only this knowledge into consideration, Harley Street facial cosmetic surgeon Dr. Julian De Silva compiled a list of the most "beautiful" male celebrities.

Keep reading to find out the top contenders on this list and see if you agree with them.

Gosling is an actor known best for his role in films such as La La Land, The Notebook and Drive.

via: The Centre For Advanced Facial Cosmetic & Plastic Surgery

Dr. Julian De Silva said: "Ryan had the most perfectly shaped nose of all the men but scored lowly for his lips."

Rapper and fashion designer Kanye West made it onto the list at number 9.

via: The Centre For Advanced Facial Cosmetic & Plastic Surgery

Dr Julian De Silva said: "Kanye scored highly for his eye spacing and his chin. He was marked down for his face shape."

Elba is an actor, writer, producer and musician known best for his role in Luther and most recently... the disaster that is Cats.

Dr. Julian De Silva said: "Idris has a near-perfect chin and he also scored highly for his eye spacing which was also second overall." However, he scored lowly on his nose and lip ratio.

The soccer legend made it into 7th place on the list.

The acting legend is one of the oldest men on this list, which just proves that age isn't a factor when it comes to The Golden Ratio.

Dr. Julian De Silva said: "Hugh is another actor who seems to get better with age and whose career is at its absolute zenith. To make the top [six] at 51 shows the strength of his overall features. He scored highest for nose shape but was marked down for his lips and eye spacing."

The oldest man on the list and probably one of the most renowned hunks in the industry, George Clooney is known for his good looks.

Dr Julian De Silva said: "George Clooney was toppled from the top spot, largely because of the toll nature has taken in the last three years. He is still an intensely beautiful man but there has been a loss of volume in his face and, inevitably, some sagging around the eyes."

At fifty-six years of age, Brad Pitt is still one of the world's most beautiful men. Just like his acting career, his looks just seem to be getting better with time.

Dr. Julian De Silva said: "Brad is aging incredibly well just as his career is peaking again with Once Upon A Time in Hollywood. To come third on the list at the age of 56 is incredible and reflects his almost ageless beauty. He had the top marks for eye spacing but was marked down for the shape of his nose."

Bradley Cooper is best known for his acting roles in A Star is Born and Silver Linings.

Dr. Julian explained the celebrity was also marked down "for the shapes of both his nose and face" but since everything else ranked pretty well, he made it into the top 3.

Just missing out on the top spot is none other than Superman, Henry Cavill. His latest acting role in The Witcher has thrust him into the spotlight for his devilish good looks.

Dr. Julian De Silva said: 'Henry Cavill was a close second. He had the highest overall score for his lips and forehead and also scored very highly for the matching ratio of nose and lips and his eye position." However, it seems as if the actor was let down by the position of his eyes as Dr. Julian explained that he scored poorly for their spacing.

The new Batman has claimed the top spot for the most beautiful man in the world, according to The Golden Ratio and I have to say, I wholeheartedly agree. The actor's previous work includes Twilight, Water for Elephants and Cosmopolis.

Dr. Julian De Silva claimed that Robert Pattinson was the clear winner in all elements of facial physical perfection. He said: "He was in the top five for nearly all the categories because he has such classically shaped features and a wonderfully chiselled jaw. His only score below average was for his lips which are a little thin and flat." So there you have it, Henry Cavill and Robert Pattinson are the most beautiful men on the planet and it kind of makes sense that they're both superheroes. If you want to read more about how Pattinson aims to full Batman's boots, then keep scrolling.