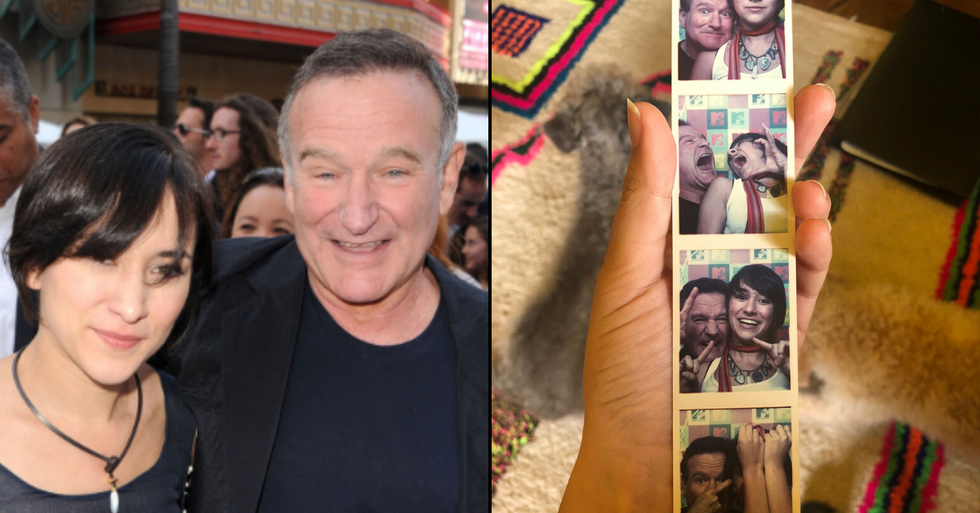 It has been nearly 6 years since we tragically lost the amazing Robin Williams. The star left behind a family, including daughter Zelda. She is very active on social media - and her latest post has the internet feeling all the feels ...

But he faced many personal challenges during his life...

Robin was diagnosed with Parkinson's Disease shortly before his death...

And it is believed that the actor struggled greatly with coming to terms with his diagnosis.

He struggled with addiction for more than 2 decades...

And he married actress, Valerie Velardi, until their divorce in 1988.

Robin went on to re-marry...

Marsha Garces was Robin's son's nanny, and it was rumored that she had an affair with the actor while he was still married. But after he divorced, they were to eventually marry and have 2 children together - Zelda and Cody.

But he always remained close with his children, especially Zelda.

Zelda has gone on to be a success...

She is now thirty-years-old and she works as an actress, following in the footsteps of her late father.

She regularly talks about her dad...

And it's clear that the pain of losing him is still very much there.

The date was on the 21st of July, which would have been Robin's sixty-eighth birthday.

These viral Disney filters were absolutely everywhere - and Zelda tried out the trend.

The characters were flashing above Zelda's head...

Until they landed on something remarkable.

Zelda lets out a big laugh out of her amusement at the remarkable coincidence.

Now that is truly heartwarming.

Watch Zelda's reaction for yourselves here...

And now Zelda has shared yet another adorable post relating to her late dad.

Currently. the coronavirus is dominating the news cycle.

Hey, it's not every day we have a global pandemic, is it? (Thank goodness.)

Many of us are self-isolating for the safety of ourselves and our communities.

But Zelda's self-isolation spring clean has hit the internet right in the feels.

@zeldawilliams One side of my brain wants to cry The other side wants to laugh and smile
— The LargeHuman (@The LargeHuman)1584508644.0

Zelda discovered some never-before-seen photo booth pictures of her father during the declutter.

Here are the snaps.

We're not crying, you're crying! And Zelda isn't the only celebrity to have been hit by the spreading virus. Scroll on for the full list ...