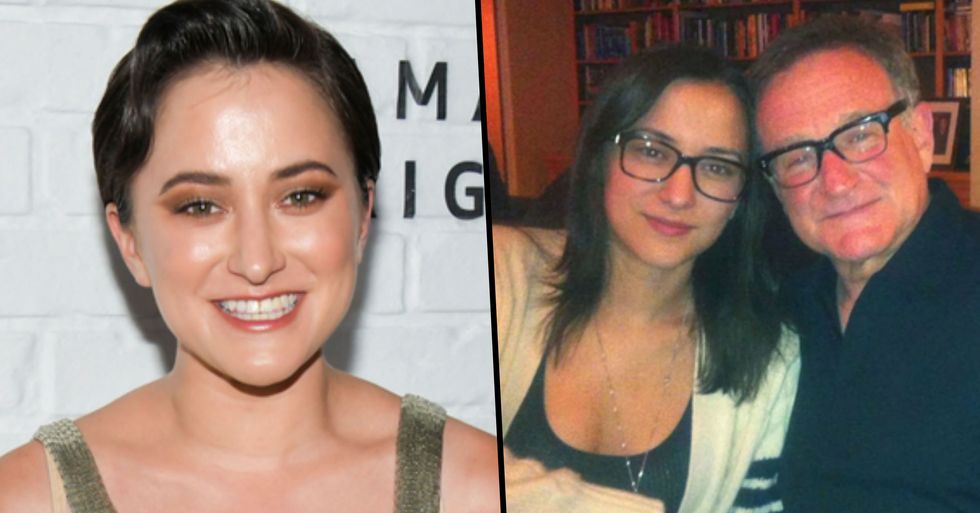 Robin Williams' daughter, Zelda, recently marked her late father's sixty-ninth birthday in the most beautiful of ways... But not everyone was too impressed with her gesture.

And, on his birthdays, they tend to do something special to mark the significant date.

Last year, on July 21st, it would have been Robin's sixty-eighth birthday...

So Cody commemorated the day by choosing it as his wedding day.

And this year, they have continued their tradition.

July 21st would have been the actor's sixty-ninth birthday so, to celebrate the day, Zelda decided to do something special.

Zelda decided to donate the sum of $69.69 to as many local homeless shelters as she could.

She took to Twitter to share her decision, writing comically: "Today would’ve been Dad’s 69th birthday, so to honor him (& that glorious number), I will be donating $69.69 to as many local homeless shelters as I can"

"Join me if you like, but regardless, know I am wishing you all at least one hearty, immature belly laugh on Dad today."

Below it, she shared a list of the charities she donated her money to, which included the Midnight Mission, GLIDE, PATH, and the Los Angeles LGBTQ Center.

Since sharing, the post has been liked over 160K times...

And people have rushed to applaud her for her selfless decision.

Robin would have loved her thoughtful gesture...

And, to make the idea even better, many others have been encouraged to donate to the charities themselves.

Just think of how much money Robin's memory has raised so far?

However, not everyone took her sentiment so well.

Firstly, her use of "69" got flagged as suspicious, which we all know Robin would have laughed at.

But some people apparently mistook her gesture.

Unbelievably, some thought that Zelda had split the $69.69 between all of the chosen charities, instead of giving each charity an individual sum of money.

It's utter lunacy, isn't it?

Zelda was then forced to clear up any confusion, writing: "Can’t believe I have to come back to say this, but no, I didn’t split $69.69 BETWEEN a bunch of charities, I donated that to each of them. I also chose that number to make folks laugh and so that joining in would be inspiring instead of alienating financially."

People were quick to reassure Zelda...

And they urged her to carry on doing what she's doing.

There are many dense people out there...

And there are many who simply love to pick a fight and complain over anything.

But, regardless of the haters...

Robin would have been so proud of what his daughter has achieved. For more on the beloved actor, keep reading to hear the kind gesture he did for the pop star, Pink, after she lost out on an award...