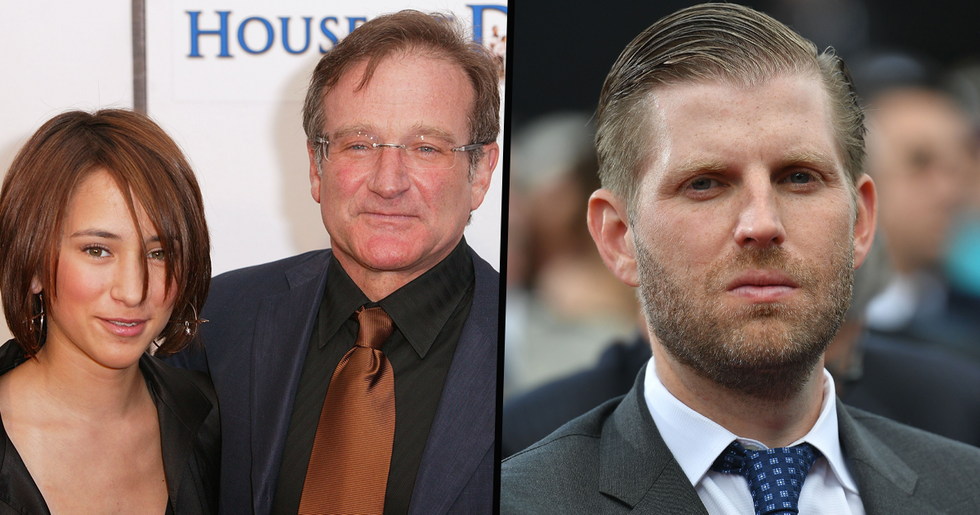 Robin Williams' daughter, Zelda, has slammed Eric Trump after he shared a video of her late father.

Read on to see her savage response.

As the November elections dawn upon us, it seems as though political campaigns are taking a whole new twist...

Some people, and by that, I mean Eric Trump, have resorted to using stand-up clips of late actors to promote their political agendas? Yeah, it's pretty weird stuff but it should all make sense soon...

We were all left shocked when we heard about Robin Williams' death.

In August 2014, actor and comedian, Robin Williams, took his own life at the age of sixty-three.

And they're not putting up with any nonsense from anyone who utilizes his name for their own agenda.

That's why Eric Trump was on the receiving end of a savage comment from Williams' daughter.

Donald Trump's son decided to retweet a viral video of Robin "savaging" Joe Biden as a way to fuel his own political agenda.

But it only backfired on him as Zelda got a whiff of what he was doing.

In the clip titled "Robin Williams just savages Joe Biden," the late actor says this: "We still have great comedy out there, there's always rambling Joe Biden, what the f***? Joe says s*** that even people with Tourette's go, 'No. What is going on?' "

Two days after the re-tweet, Zelda fired back at Eric Trump.

And we were living for it!

@zeldawilliams So incredibly tacky, disrespectful, distasteful, not to mention misleading for him to use your father like that.
— mike💥suszek (@mike💥suszek)1596862068.0

This user referred to it as "tacky" amongst other things. It looks like Eric takes right after his father.

And this comment was in response to Zelda's savage reply.

Keep scrolling to have a look for yourself.

This user brought up the kind nature of Robin Williams.

I mean, it's meant to be comedic, right?

This Twitter user was extremely passionate about his point of view.

They asked people to make sure they vote in the elections.

Others were just confused about the current state of the country.

@zeldawilliams Honestly though. Why they fuck are people OK choosing between Biden or Trump? Like that’s seriously America’s best options?
— grant (@grant)1596882606.0

She wrote: "While we’re ‘reminiscing’ (to further your political agenda), you should look up what he said about your Dad," she wrote on Saturday. "I did. Promise you, it’s much more ‘savage.'"

"Gentle reminder that the dead can’t vote, but the living can." Make sure you go out and vote this November.