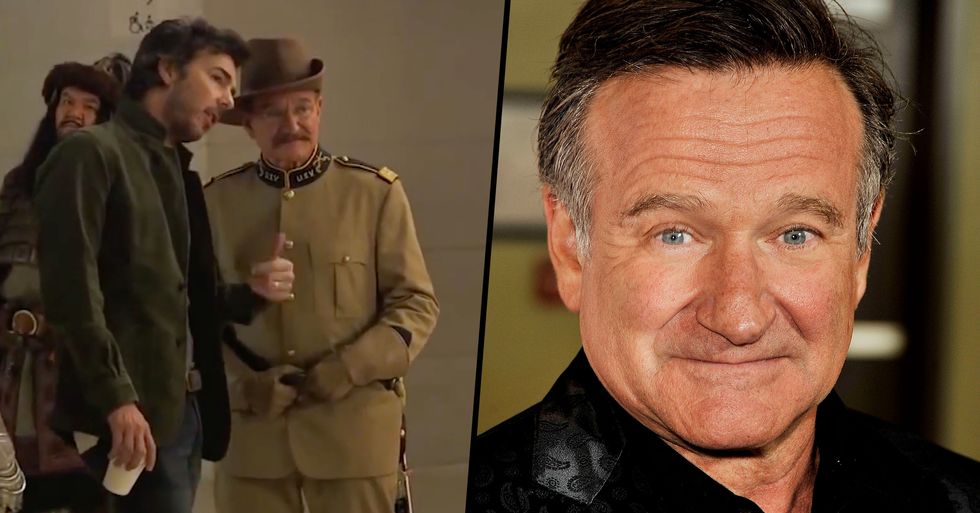 The documentary detailing Robin Williams' final days is set to come out soon, and an exclusive look into the struggles he faced in his last movie will be a big part of it...

For the first time...

Director Shawn Levy has given us some insight into Robin Williams' final days struggling on the set of his last movie.

The trailer for Robin's Wish has left everyone teared up.

The documentary is set to be extremely moving, and we don't have too long to wait either.

And now, fans are going to get a whole new look at the late star's final days, in a brand new documentary.

His battle with his illness during his final days will take center stage in the new doc.

The film, directed by Tylor Norwood, is the first time Williams' fight against Lewy Body Dementia will be explored.

In an exclusive clip, director Shawn Levy opens up for the first time about Williams' on-set presence and when it all changed.

"I would say a month into the shoot, it was clear to me, it was clear to all of us on that set, that something was going on with Robin," Levy says of directing Williams in 2014's Night at the Museum: Secret of the Tomb.

Williams died the same year the film was released.

"We saw that Robin was struggling in a way that he hadn't before to remember lines and to combine the right words with the performance," he remembers. "When Robin would call me at 10 at night, at two in the morning, at four in the morning, saying, 'Is it usable? Is any of this usable? Do I suck? What's going on?,' I would reassure him. I said, 'You are still you. I know it. The world knows it. You just need to remember that.'"

"My faith in him never left, but I saw his moral crumbling."

Levy finished by saying: "I saw a guy who wasn't himself and that was unforgivable."

Williams himself also makes appearances through old clips and interviews.

In one particularly emotional moment...

Schneider Williams spoke out about what fans can expect from the upcoming film.

She goes on to describe the documentary as her and her husband's story.

But also something that is more universal.

The name of the documentary is also special for the family.

"Robin wanted to help all of us be less afraid. That was Robin’s wish," she said. "We had been discussing what we wanted our legacies to be in life; when it was our time to go, how we wanted to have made people feel. Without missing a beat, Robin said, 'I want to help people be less afraid.'"

Robin's Wish will be available on-demand and digital on Sept. 1. For more on the beloved actor, keep reading to hear the kind gesture he did for the pop star, Pink, after she lost out on an award…