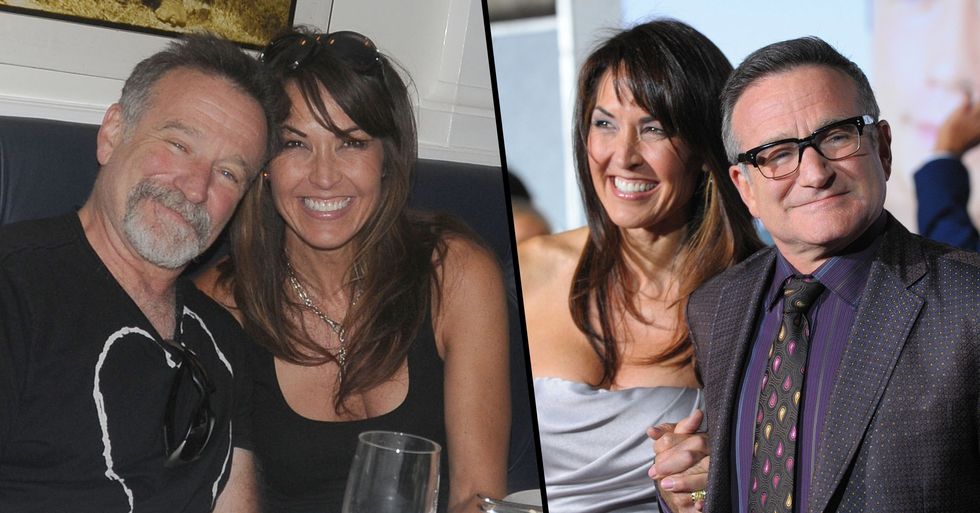 In light of the newly dropped documentary, Robin's Wish, Robin Williams' widow has spoken out about how the couple was ordered to sleep in separate beds just months before his tragic death...

And now his widow has spoken out, it turns out that things were turbulent for quite some time in the actor's personal life.

And now, fans are now able to get a whole new look at the late star's final days in a brand new documentary.

His battle with his illness during his final days will take center stage in the new doc that aired this week.

Robin's Wish, which is directed by Tylor Norwood, will be the first time the actor's fight against Lewy Body Dementia will be explored.

Robin himself also made appearances through old clips and interviews.

Susan spoke out about what fans can expect from the upcoming film...

It must have been unbelievably hard in the final few months for both Robin and Susan...

And now, Susan has spoken out about just how difficult things became as a married couple.

She recently appeared on an episode of Today to discuss the documentary in further depth...

And she disclosed the personal fact that she and her husband were ordered by doctors to sleep in separate beds just months before his death.

She said the measure was put in place to help Robin cope with his insomnia that was triggered by his dementia.

"He said to me, 'Does this mean we're separated?'" she recalled. "That was a really shocking moment. When your best friend, your partner, your love - you realize that there's a giant chasm somewhere, and you can't see where it is but that's just not based in reality. That was a hard moment."

"Robin was right when he said to me, 'I just want to reboot my brain.' In that moment, I promised him that we would get to the bottom of this. I just didn't know that would be after he passed." Utterly heartbreaking.

Robin's Wish is now available on-demand and digital. For more on the beloved actor, keep reading to hear the kind gesture he did for the pop star, Pink, after she lost out on an award…