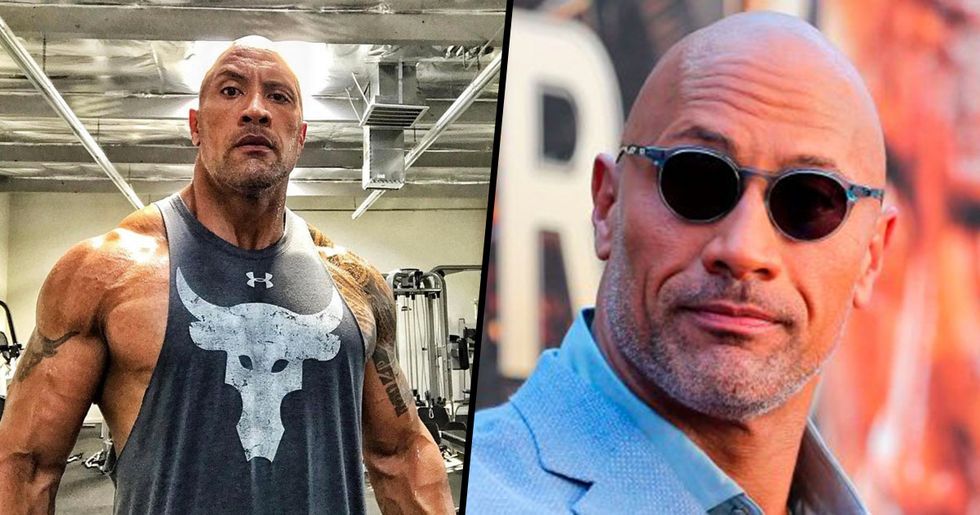 The Rock Says Society Is Going Backwards Because Of 'Generation Snowflake'

We now live in a world where people can be who they want to be. You can now live the life you have chosen for yourself without having to worry about scrutiny or controversy. However, our world is still plagued by an over use of political correctness and generations of people, now dubbed ‘snowflakes’, who expect the world to treat them kindly even though the world is a decidedly unkind and honestly cruel place. It makes you wonder what they will do with their lives once they have no family to shield and shelter them. Recently, wrestler turned actor, Dwayne ‘The Rock’ Johnson spoke out about his dislike of the ‘snowflake generation’, saying it was sending society backwards instead of forward.

Everyone loves The Rock.

Since the wrestler left the ring and joined the silver screen, he has proven to be one of the most popular actors working in Hollywood today.

Last year alone he released blockbuster after blockbuster from Rampage to the surprise hit Jumanji: Welcome to the Jungle.

He was also in Moana.

And to top it all off, he voiced everyone’s favourite demi-god in Disney’s Moana.

But the Rock has had a lot to say.

Recently the Rock spoke out on how much the world has progressed.

In an recent interview he had a lot to say.

Speaking to The Daily Star he said: "We thankfully now live in a world that has progressed over the last 30 or 40 years."

" target="_blank">getty One look at the television we watch now can confirm that. Anyone else a fan of RuPaul’s Drag Race?

But the Rock wasn’t so kind to a particular group of people.

However, the Rock did call out the ‘snowflake generation’ for being too sensitive and easily offended by the world around them.

The Rock even said that it was an insult to war heroes.

"If you are not agreeing with them then they are offended - and that is not what so many great men and women fought for." And, sadly, he’s not wrong.

But he wasn’t finished.

The Rock went on to praise the progressive world we now live in, showing admiration for people who can now live the life that they were born to live.

He then cited ‘snowflakes’ as a problem with this.

However, the actor then went on to criticise snowflakes for helping to slowly ruin the progress that has been made.

Even saying that they are pushing the world backwards.

"That can only be a good thing – but generation snowflake or, whatever you want to call them, are actually putting us backwards."

But is he wrong?

The Rock does make an excellent case on the subject of political correctness in our modern world.

And there have been some mind baffling campaigns.

Only recently, there was a campaign from gender equalists to rebrand ‘Gingerbread Men’ as ‘Gingerbread People’.

As if changing the name of a human-shaped biscuit will help further the world’s progression.

Following on from that, British comedy has also been hit hard by the PC police. With many popular shows having to tone down the laughs for the betterment of the softies in the audience.

Ricky Gervais is not impressed.

Of course, comedians are not entirely happy about these developments.

And then there’s the clapping.

Some University leaders recently banned the use of clapping, just in case it triggered a student in the crowd.

Showing why The Rock is growing so tired of people who have fought for nothing, winning against everyone.

Dwayne, many of us agree with you.

I’m sure many of you agree with the Rock on this subject. Is the world getting better or worse?

At the end of the day it’s your decision, that’s how democracy is meant to work.