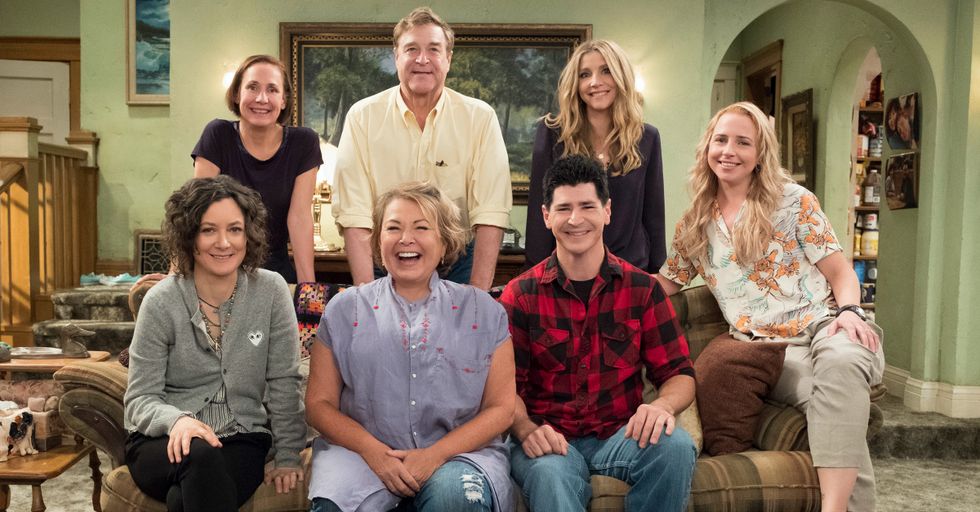 That's right – desperate. The golden age of television, which started out with with such seminal shows as The Sopranos, Mad Men, Breaking Bad and Six Feet Under, has become so saturated, we've reached the era of what is now known as peak TV. Basically, everyone and their mama has an amazing TV show, which means networks have to be that much more aggressive to get eyeballs.

Even worse, online platforms are now in the race as well. Youtube – YOUTUBE – has its own TV shows, not to mention Netflix, Hulu and Amazon, which are all killing it in the game.
To add insult to injury, they're poaching television's brightest stars. For example, Netflix recently got its grubby paws on Scandal and Grey's Anatomy hitmaker Shonda Rhimes, leaving ABC spinning in the wind.
Rhimes, as you may recall, is so prolific, ABC dedicated Thursdays to her. And now she's gone – poof! And yes, they've got The Good Doctor, the biggest show on primetime at the moment, but they need a bigger stable of hitmakers to recoup their loss.
Enter Roseanne. The ABC blue-collar comedy aired from 1988 to 1997 – almost a solid decade – which is an astounding accomplishment in TV books. Roseanne was the most watched TV show in America from 1989 to 1990 and is at the top of many "Best Of" TV lists.
Audiences were charmed by the realistic portrayal of a blue-collar family struggling to make ends meet. Even better, the family's weight was not the butt of jokes on the show, a fact which resonated with a rapidly expanding America. Now, Roseanne is coming to TV screens again, and this time, it's getting political.
Roseanne Barr is a Trump supporter. This is a known fact. The actress has been vocal on Twitter about her right wing political tendencies and has been known to actively engage in iffy internet conspiracy theories while dabbling in light Nazism.

shouts to roseanne barr for scrubbing her timeline of protrump tweets before tonights awards tho
— Desus Nice (@Desus Nice)1515375509.0

Barr brawled with "liberals" so much that her children took her social media out of her grasp. Before she parted ways, she had a few words to say, as Amanda Bell of TV Guide explained:

"I won't be censored or silence chided or corrected and continue to work. I retire right now. I've had enough. bye!" [Barr] wrote... before launching into a tirade of tweets about why she's been such a vocal supporter of Donald Trump's administration, like: "Trump is fighting pedophiles and he likes Jews-that infuriates some people."

Now, Barr is confirming what many have feared. The Roseanne family are Trump supporters. Color us shocked.

At a news media event, Barr stated, "I’ve always had it be a true reflection of the society we live in. Half the country voted for him, half of them didn’t. It’s just realistic." That is true, however, there's something to be said about not normalizing Trump.

Lest we forget, the Trump presidency should never become the status quo. Here is a man who has apologized for white supremacists and is largely thought of to be a white supremacist himself, has pissed of our allies, and continues to agitate a nuclear power that may well lead us to nuclear war, and is literally agitating to deport children who are American in all but name. Roseanne is a massive platform. It shouldn't be used as a tool to normalize Trump.