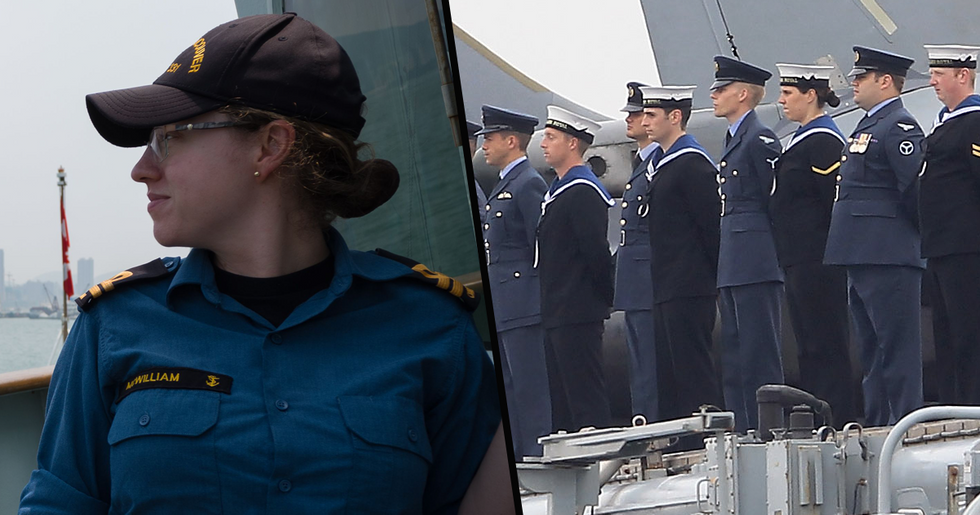 Societies across the globe are doing their best to make their homes more inclusive by implementing gender-neutral terms, but as the Royal Canadian Navy announces they want to also get on board, people are wondering if they have taken things too far now.

Now, they have explained why they have done it...

Even though Father Christmas is a fictional character made up for children, many parents called for the festive figure to not be gender-specific... which really wasn't necessary.

And we can't forget about the whole "gingerbread man" debate, can we?

Some people were calling for the term to be changed to "gingerbread people." I can understand why people would find it strange...

More and more people are now making a conscious effort to include gender-neutral pronouns in day-to-day life.

And it's safe to say that the LGBTQ+ community is now bigger than ever and if they think this will help us move forward to achieve equality, then we should respect that.

So much so, that the United Nations shared this important tweet.

But people are questioning how necessary these changes are...

Even members of the community are condemning these kinds of performative actions as a means of diverting from the real problem.

And this can be seen in the latest swap the Royal Canadian Navy is setting up to make.

They have now announced that they will not be referring to junior sailors as "seamen" and instead will find a more "inclusive" title to name the category by.

This will be decided by the military as well as the public.

The move comes in the hopes that the juniors can be more proud of their ranks as well as feeling safer on duty.

But a lot of people aren't happy about the announcement...

Of course, they aren't.

But no one cared about it before, so why are you so outraged if it changes?

I've never even heard people casually talk about "seamen", let alone it being a "woman" issue? What is wrong with some people?

Other people simply dragged other non-gender neutral terms up...

@TW_Beckett @JackPosobiec Nope, it’s got “Son” in it and that’s gendered. It needs to be PerspersPerspers. Now sexism is defeated.
— JustSomeGuyOnHere (@JustSomeGuyOnHere)1594995025.0

It's already been changed to "postperson," but people still use the term "postman" of they want to.

And some were looking to the future...

But it's not that deep. Stop being so dramatic.

Commanders have taken responsibility for this new idea.

Why? Because they are trying to increase the diversity and inclusivity of the RCN.

"What this will do is ensure a safe environment so there is no double entendre."

And the suggestions have already been flying...

One of the suggestions is changing the term to "sailor" but the public can also cast their votes or other alternatives at the end of this week.

So keep your eyes peeled!

Let's see what everyone decides to change it to. In other related news, keep scrolling to see how Charlize Theron is trying to change the world of gendered pronouns.