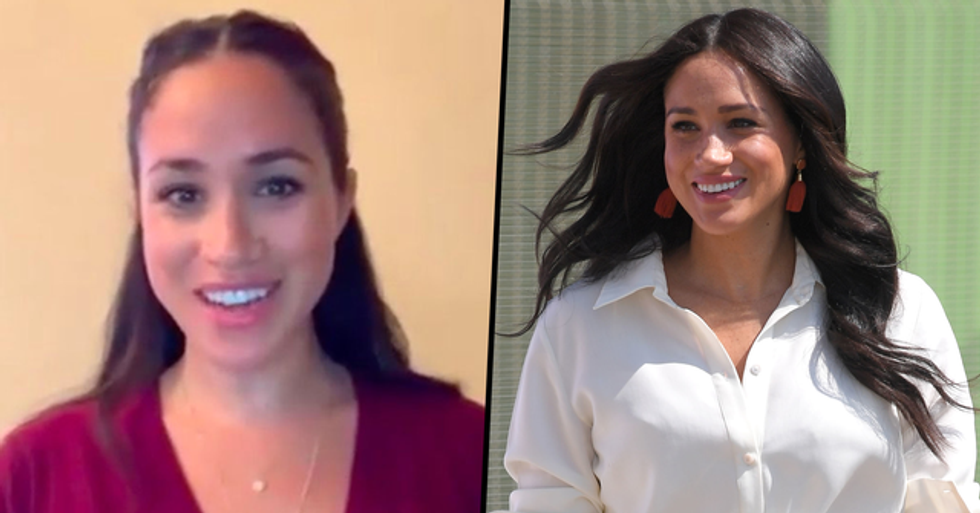 Meghan Markle has landed in hot water this week (what else is new?) for one particularly cringy moment in an upcoming interview...

Meghan Markle can't seem to do anything right.

Every little decision she makes is subject to huge scrutiny by the media.

But this week, she's really got the internet feeling annoyed.

And people are certainly not happy about it.

Because she unveiled a new feminist slogan.

And not only is it awkward ...

But many have pointed out, it's also wildly hypocritical.

Meghan's royal journey all started with a blind date...

So, we guess we'll just have to keep our eyes peeled to see if this does come to our screens.

She has been interviewed by Gloria Steinem.

Since Meghan, The Duchess of Sussex became friends with @GloriaSteinem, they've spoken of their shared beliefs surr… https://t.co/25tdFztRj2
— MAKERS (@MAKERS)1598469397.0

And in the interview, she dropped a new slogan.

"Women should be linked, not ranked."

Meghan, The Duchess of Sussex and @GloriaSteinem discuss representation, why each vote matters and how all women “a… https://t.co/CBTNDW5ewe
— MAKERS (@MAKERS)1598388238.0

And people really weren't feeling it.