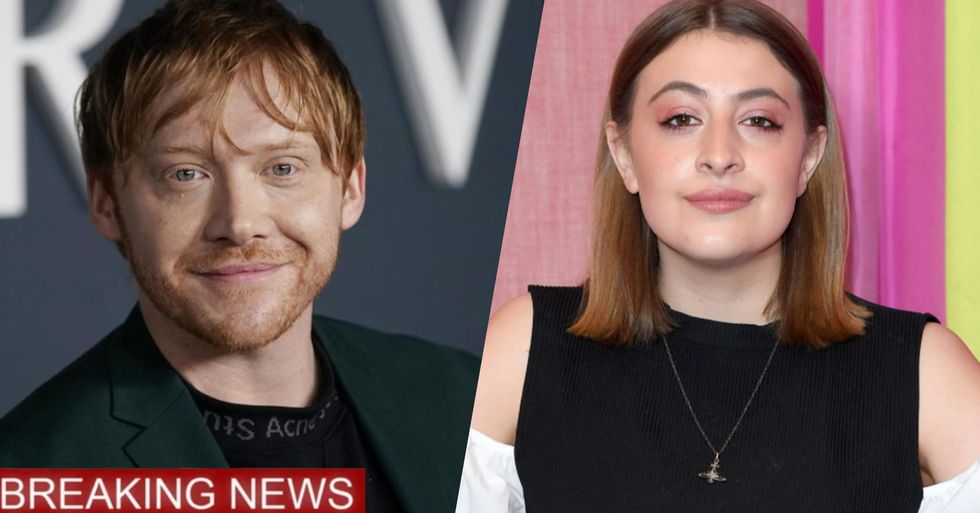 Many of us grew up with the characters. We feel a connection to them., And that's why we're all delighted after learning Rupert Grint, who played Ron Weasley, has had his first child with girlfriend, Georgia Groome.

A few years back, Grint starred in murder mystery BBC special, The ABC Murders, and received pretty good reviews for his part.

But now for some good news.

Rupert Grint and his girlfriend, Georgia Groome, have had their first child together!

The two actors have been dating since 2011.

And fans of Angus, Thongs and Perfect Snogging will recall she played the part of Georgia Nicholson in the movie.

After the couple were spotted walking in London together, Rupert shared the news. A rep said: "Rupert Grint and Georgia Groome are excited to announce they are expecting a baby and would please ask for privacy at this time."

He's the first of the main three Harry Potter actors to have a child.

I wonder who could possibly be next?!

friendly reminder that rupert grint used his harry potter cash to buy an ice cream truck, which he drives around to… https://t.co/nT40wViAzZ
— marian (@marian)1586563458.0

A statement from the couple said: "Rupert Grint and Georgia Groome are delighted to confirm the birth of their baby girl. We would please ask that you respect their privacy at this very special time."
We wish Rupert and Georgia the very best with their journey through parenthood. Congratulations!