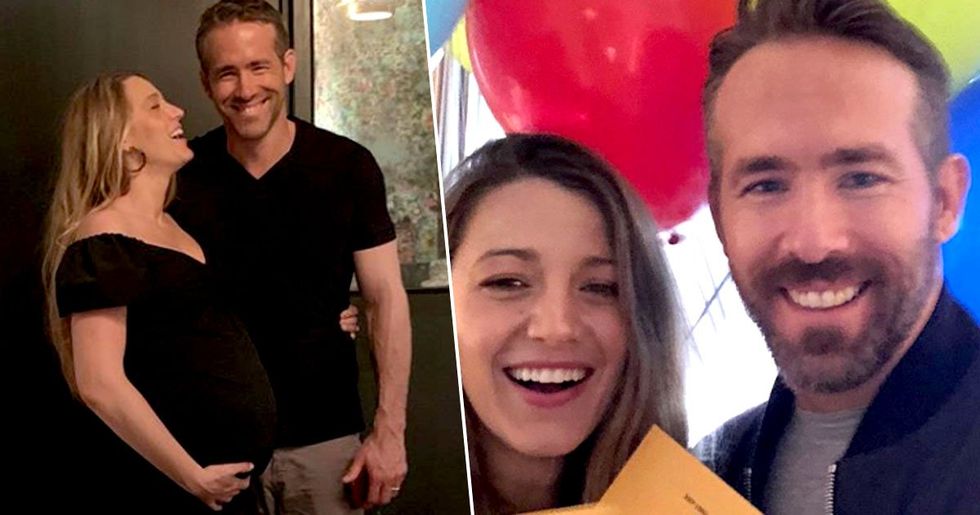 If there's one celebrity couple who does social media better than anyone else, the prize surely has to go to Blake Lively and Ryan Reynolds. The pair have independent, very funny social media accounts, but when you put the two together, it's a sure-fire recipe for many laughs.

As one of the most adored celebrity couples on the planet Earth, you will no doubt be delighted to hear that Ryan Reynolds and Blake Lively have just welcomed their third child into the family.

Scroll down for the adorable first photos of their brand new baby girl.

And long may these excellent birthday posts continue. We'll be eagerly waiting for them!

Although you could be swayed into thinking that Lively and Reynold's life is nothing more than funny Instagram posts, the couple do maintain a very wholesome family life in private. And this morning, news broke that Blake Lively had given birth to her third child with Reynolds, according to an insider for Us Weekly.

Although she actually gave birth two months ago.

Even though the wholesome news only emerged this morning, it has been reported that the newest member of the Reynolds/Lively clan was actually born two months earlier.

Lively confirmed she was pregnant back in May.

Lively confirmed she was pregnant back in May at the Pokemon Detective Pikachu premiere. She unveiled her baby bump on the red carpet in New York City and although it was Reynolds’ film, all eyes were on Lively.

Despite the late nights, both Reynolds and Lively love being parents.

There have been times where I woke up, literally had no idea I had been walking for five minutes. But you love it. You wake up in the middle of the night, you got a big stupid smile on your face. I was telling someone else that. Anything else that woke you up every 45 minutes, you’d kill it. But when it’s a baby, it’s the best thing that ever happened to you.

Reynolds added the couple try to avoid doing movies at the same time as one another, to ensure they can spend as much time as a family together.

The pair may be the only couple on the internet that still let us believe in true love! Congratulations!

And just when you thought you couldn't love this couple any more ...

They've shared the very first super-adorable pic of the newest addition to their family.

And it's just as picturesque as you'd expect.

Although the notoriously private pair have taken steps to try to conceal their new daughter's identity.

Reynolds shared it on Twitter with the caption, "I love B.C. I want my daughters to experience the same natural playground I grew up in."

It got an immediate positive response.

And it gets even better. Reynolds used his platform for societal good, too, adding, "On Oct. 21, the candidate you vote for will SHAPE CLIMATE POLICY. I’m proud of the climate progress made the last 4 years. Click Elections.ca for voting info. #Capilano"

Although, of course, the image couldn't go un-memed.

This one, where the baby's face has been replaced with the third wheel of the pair, Hugh Jackman, is a personal fave.