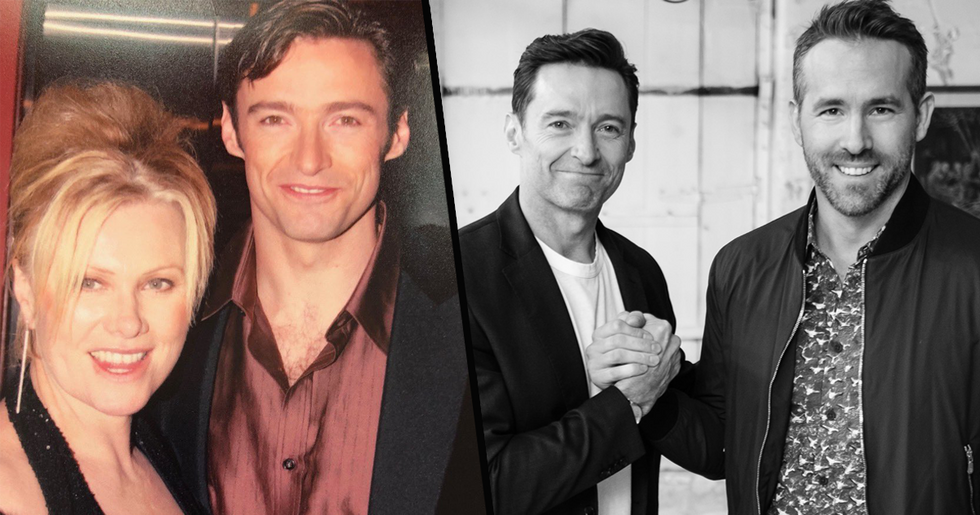 Ryan Reynolds and Hugh Jackman are 2 of the biggest stars in Hollywood today, and they actually have a lot in common. Both have acted in incredibly successful superhero franchises, playing fan-favorites Deadpool and Wolverine respectively, and they have also led some classic, heartwarming romantic comedies.

But the pair are also really good friends, who take a lot of pleasure out of savagely trolling each other on social media.

They are constantly going viral for destroying each other in many unique ways. The latest installment in the saga involves Reynolds calling Jackman out for his wedding anniversary post.

Ryan Reynolds and Hugh Jackman have a "long-standing feud."

But in reality, they're actually best pals. They constantly roast each other, the way only real buds can, and it seems pretty fundamental to their friendship.

The two are constantly exchanging barbs on social media, in interviews, at private parties, and even in their movies.

Deadpool and Wolverine going head-to-head only means one thing... a fight to the death.

The commercials would be a testament to their friendship, so obviously they both needed time to get them right.

All of a sudden, his commercial isn’t “quite ready" and needs “color correcting," but Reynolds isn’t hearing it, and to Jackman’s dismay, the ad starts to roll.

Back in the studio, the 2 look gutted. Jackman half-heartedly offers, “I didn’t think the truce was actually real" before the screen cuts to black.

But it certainly seems like Jackman is on a roll right now...

And he clearly doesn't sympathize with Reynolds in any shape or form. Last year's People's "Sexiest Man Alive" was announced and after musician John Legend took the title, Jackman decided this was the perfect opportunity to call out his best bud.

And Reynolds received the title in 2010.

Jackman wanted to make it very clear to his followers that he is a former-title holder...

Of course, the dynamic duo feature in the video.

The brief video features Jackman and Reynolds walking on a soundstage, with Jackman telling Reynolds he doesn't want to wear a blue hoodie that he's unzipping, when something falls out.

A magazine falls out of his jacket...

Jackman swiftly picks it up and shows it to Reynolds, who says, "'Oh, it's your People's Sexiest Man Alive issue."

People can be heard laughing behind the camera...

When Jackman asks if he's seen it, Reynolds says, 'I have an issue somewhere, I have a few of yours. Usually, I cut the eyes out or the mouth, but that's just me."

Reynolds was, indeed, referring to Deadpool where his character uses the photo from Jackman's 2008 "Sexiest Man Alive" issue as a mask, where he cut out the eyes and mouth.

Jackman is clearly smug over the situation...

The video ends as an overly excited Jackman holds up his magazine for the camera as an extra reminder... just in case anybody missed the point.

So, with Jackman gaining the upper hand, Reynolds knew he would have to kick things up a notch.

And when Jackman posted a soppy anniversary post dedicated to his wife, Reynolds knew it was time to pounce.

The Wolverine star posted this photograph to his Instagram:

And his caption was cute as hell. He wrote: "These 24 years have been the best of my life! And, as far as I can see, we keep getting better. I love you Debs with every fiber of my soul. Happy anniversary. #24."

But instead of gushing over the couple like everyone else was, Reynolds commented this:

I guess the truce really meant nothing at all, did it? We're here for all this hilarious content though. If there's one person that knows something about feuds, it's Eminem. Keep scrolling to see some of his most savage battles of all time...