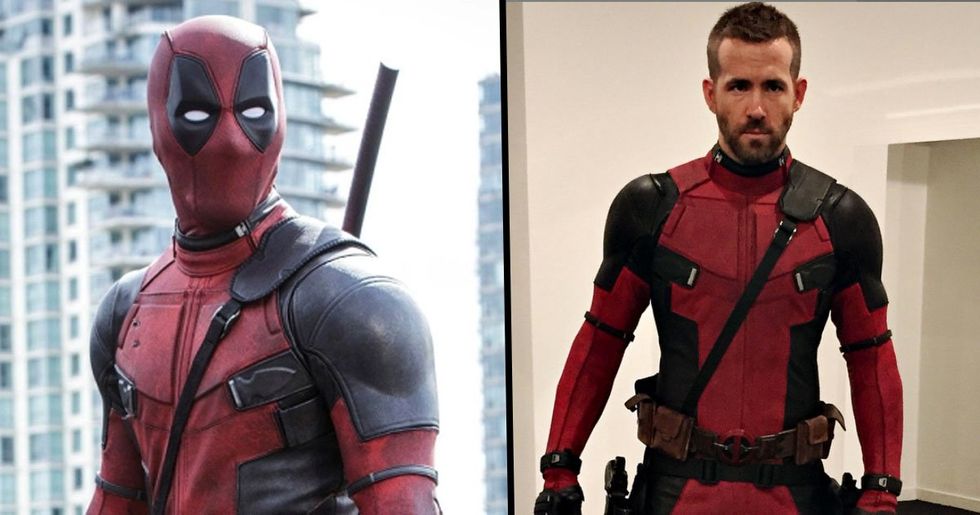 When Deadpool first hit screens in 2016, it became an instant hit with Marvel fans - garnering significant financial and critical success. With the movie's unique humor and twisted jokes, film fanatics were gripped by the on-screen iteration of the foul-mouthed comic book character.

Fast forward to now, and we're already one sequel down the line. But, as you'd imagine, it wasn't long before fans started demanding a third installment.

However, it hasn't been that simple, given the fact that Disney recently acquired FOX - leading to speculation over whether Deadpool will join the Marvel Cinematic Universe or not.

Though it seems fans have nothing to worry about as Deadpool is set to return for a third movie. But not before "things are sorted out."

Deadpool is one of the most popular superheroes.

The foul-mouthed character, whose real name is Wade Wilson, first appeared in The New Mutants Marvel comics in the '90s.

He obtains the superhuman ability that allows him to regenerate and recover from deadly injuries.

Best known as the "Merc with a Mouth," Deadpool has a tendency to talk and crack jokes more than actually saving the world (or at least doing a good job of it.)

His unique humor landed himself a dedicated fanbase.

Some people are dedicated enough to have him inked on themselves! And it wasn't long before we saw the mouthy degenerate on other media away from comic book pages.

In 2016, Deadpool got his own dedicated movie.

A rogue experiment to cure his cancer leaves Wilson with healing powers...

But it also leaves him terribly disfigured. So, with his brand new superpowers in tow, he adopts the famed alter ego, Deadpool.

Ajax, who gave him the sadistic treatment, tries to keep him a prisoner.

... But Deadpool escapes. The movie then follows the superhero in his pursuit to track down the man who ruined his life.

The movie was a box office smash hit.

Deadpool has several accolades under its belt, including an MTV Movie & TV Awards,  a Teen Choice Award, and a nomination at the 2017 Golden Globes.

So it was no surprise it was picked up for a sequel.

Deadpool 2 hit screens last year, and once again opened to an impressive reception.

The movie enjoyed equal financial success as the original.

Deadpool 2 raked in a whopping $785 million in revenue.

Unsurprisingly, fans rallied for a third installment of the much-loved franchise.

Though there's no doubt that the film would prove popular, getting the green light for Deadpool 3 isn't quite that simple...

Earlier this year, Disney acquired FOX, who happen to produce the Deadpool films...

The purchase of Fox studios was made as part of an eye-watering $71 billion dollar deal, meaning Disney now owns the rights to franchises such as X-Men and Fantastic Four. Now, it seems like the Disney empire is bigger than ever, with a growing chunk of Hollywood in its hands.

But the deal has sparked speculation when it comes to Deadpool.

Many have questioned whether Disney will downplay or completely restrain the r-rated superhero.

It meant the on-screen future of the superhero hung in the balance.

And it left fans with several burning questions. Will Deadpool be joining the MCU? Or is this the end for the Merc with a Mouth?

Well, it seems fans may finally have some answers.

Speaking to EW, co-writer Paul Wernick said Marvel has given them permission to continue making R-rated films for the Deadpool franchise. "Marvel has promised to continue to let us play in the R-rated Deadpool universe, and the hope is that they will also let us veer into the MCU a little bit as well and play in that sandbox," Wernick explained.

And Disney CEO, Bob Iger, appears to have backed this up.

Back in February, Igner said Disney would allow R-rated movies to go forward, specifically mentioning Deadpool as an example. "We do believe there is room for the Fox properties to exist without significant Disney influence over the nature of the content, meaning that we see that there is certainly popularity amongst Marvel fans for the R-rated Deadpool films, as a, for instance, we’re going to continue in that business," he explained.

Now, Ryan Reynolds seems to have dropped a major hint that plans for Deadpool 3 are underway...

The man behind the superhero has taken to Twitter to share a snap that appears to confirm that he will be reprising his role in the third movie.

He can be seen visiting Marvel Studios.

Auditioned for the role of “Anthony Stark”. Didn’t come even remotely close, but the nice man with the taser escort… https://t.co/vqbUjzxM2j
— Ryan Reynolds (@Ryan Reynolds)1571091179.0

The cryptic image has got fans talking.

According to screenwriter, Paul Wernick, they are preparing for a new movie, but are just waiting for the green light...

"We're just waiting for the word from on high.

"There's a lot to be sorted out, like how Deadpool fits into the Marvel Universe with the other characters of the MCU," he added.

"Then it's, do the X-Men get in there at some point? Fantastic Four? There's a lot to be sorted out and I think we're all getting a much-needed rest from Deadpool - Ryan and us and everybody."

Seems we'll sadly have to wait a little longer to see Deadpool on our screens once more.