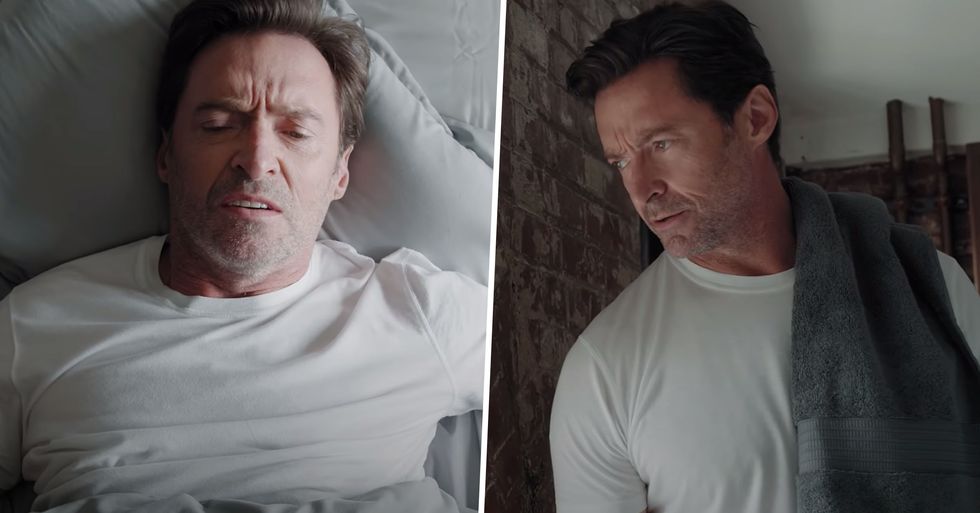 Ryan Reynolds and Hugh Jackman are at it again!

The Deadpool actor has narrated a hilarious commercial for Hugh's Laughing Man coffee brand and fans just cannot get enough of this dynamic duo. Keep on reading to check it out...

Hugh started his ongoing role as the superhero in the year 2000 and he has reprised the role many times, but his alliance ended with the character in 2017's Logan.

Ryan is a Canadian actor who is best known for being the heartthrob of many chick-flicks and comedies.

Ryan is best known for his hilarious role in the Deadpool franchise, in which he plays the title character.

Now, Ryan and Hugh are in a pretty tight relationship.

They have on ongoing love/hate Twitter battle, where the pair roast each other for all manner of things... much to the delight of their fans.

Their "hate" for one another is entertaining, to say the least.

Ryan tends to be the instigator, essentially trolling Hugh at every available opportunity - like this celebration of success, which he quipped was likely actually protesters, rather than fans.

Hugh akes pride in getting his own back, too.

In this iconic Instagram prank, the Aussie actor (along with Jake Gyllenhaal) told Ryan that a party he was attending had an ugly Christmas sweater dress code - when actually no such code was in place. Classic.

And his response was as hilarious as you'd expect. It's not every day you realize you've essentially married your best friend's lookalike!

Over the years, the pairs trolling has gotten pretty crazy.

There's nothing that's off-limits for these two!

But one of their funniest skits together?

Of course, it has to be the "Truce" video that Ryan uploaded last year, showing the pair presenting commercials they had made for one another's companies - Ryan's Aviation gin and Hugh's Laughing Man coffee.

Ryan acts along as the fool who takes the truce seriously, and he presents a stunning $1 million commercial for Hugh's coffee brand...

But when it's Hugh's turn to present the commercial for Ryan's gin brand? Well, this is when things get a little hairy.

The Aussie actor simply uses this opportunity to film himself insulting Ryan by calling him every name under the sun...

And finishing with, "The gin is pretty great though!" before tipping over the entire bottle of Aviation gin. Hilarious.

Ryan looked pretty crushed as the video came to a close...

But it seems that there aren't any true hard feelings... or are there?

The Deadpool actor is at it again and he's narrated a brand-new Laughing Man coffee commercial for Hugh.

The ad starts with a sleepy-looking Hugh Jackman waking up to his alarm and throwing it across the room, with Ryan's voice-over narrating his day. "This is Hugh Jackman!" he says to introduce the ad.

When Hugh reluctantly gets out of bed and yells at the kids making noise in the street to shut up...

Hugh then looks down at his dog with disgust and tells it to "walk itself."

He then angrily listens to some heavy metal music...

But then, Ryan mentions that he is the founder of Laughing Man Coffee.

"The coffee company that donates one-hundred-percent of profits to support fair-trade farmers and brews the exceptional flavor that is responsible for the Hugh Jackman that we know and love... there he is!" Hugh is then seen transforming into the kind-hearted man that we all know and love... all thanks to a sip of his Laughing Man Coffee!

And of course, fans absolutely loved it!

Not only is the commercial funny as hell...

It's also very effective as now everyone wants to try Hugh's coffee brand!

We're all thinking it...

When will Hugh and Ryan do a movie together?!

Keep on scrolling to check out the time Ryan trolled Hugh over his throwback anniversary photo...