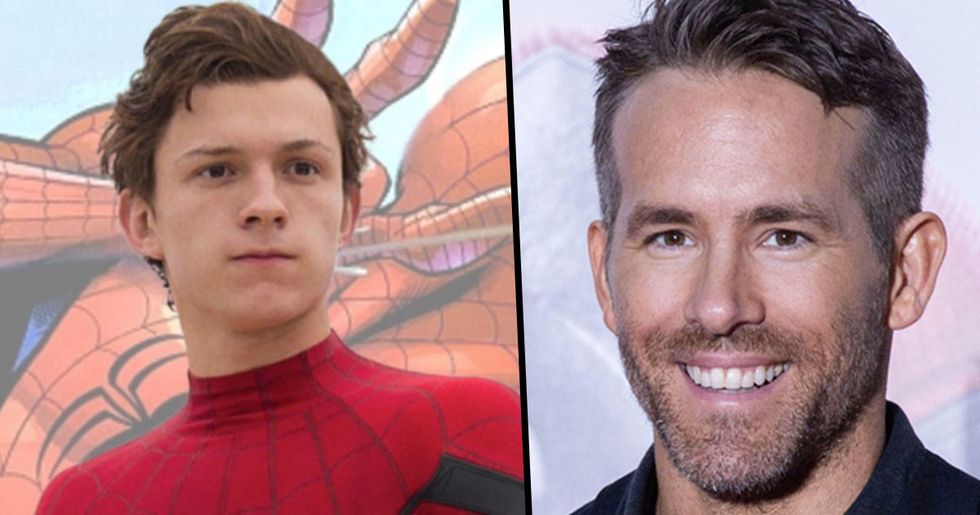 Ryan Reynolds' Response To 'Spider-Man' Leaving The MCU is Heartbreaking

But fans of the latest star have been hit by some pretty brutal news. It appears that, thanks to disagreements between Sony and Marvel/Disney, Holland's run as Spider-Man may be coming to a premature end. We're all heartbroken by the news but it seems as if no one is more upset than Ryan Reynolds, who responded to a request from a fan with a response that tugs at the heartstrings...

This week, Holland's future in the role was called into question.

And it seems as if no one is more upset than fellow MCU actor, Ryan Reynolds.

After hearing the devastating news, a fan opted to ask Reynolds for some help. Well, who else are you supposed to ask, right?

This is what Angel Hernandez tweeted to both actors.

I mean, receiving an acknowledgment from a global star is usually an amazing achievement, but this response would have been enough to make you wish that you didn't tweet him in the first place.

Here's what he replied:

Did you hear that? It was the sound of my heart breaking... again. That's twice in one day!

So, right now, it seems as if there's no chance of a Spider-Man and Deadpool collaboration...

Can this day get any worse? Why don't you just cancel every single Marvel movie, goddamn it!

At least there will be one interesting thing to see.

The fact that the character of Spider-Man has already undergone so many iterations suggests that this story could be even bigger than we initially thought. Feeling sad? For some wholesome Tom Holland content, just keep scrolling.