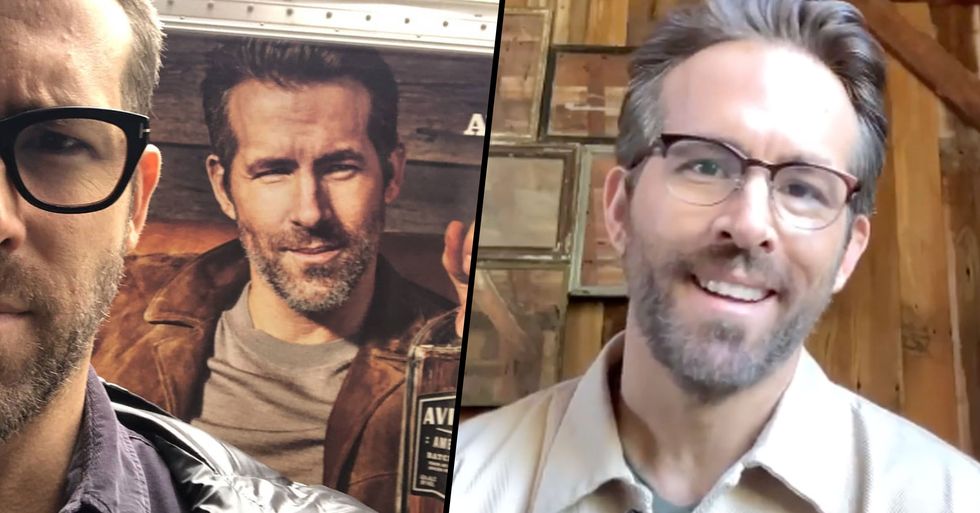 Ryan Reynolds has just announced that he has sold his Aviation Gin company for a staggering $610 million.

And alongside being a kick-ass dad...

Ryan has embarked on many business ventures... including one in the liquor industry.

Back in 2018, Ryan bought a stake in Aviation Gin.

The premium gin brand is the second-largest and one of the fastest-growing in the super-premium gin market here in the US... so Ryan had a pretty good feeling when he first got involved with the brand.

But the actor didn't accomplish this overnight.

Speaking to Forbes in 2018, Ryan said: "About a year ago, I tried Aviation for the first time. Since that day, I’ve spent my time finding some way to infiltrate the company. I did this for one simple reason: It’s the best damn gin on the planet."

Ryan wanted to help grow and develop the brand...

And his high profile image certainly did that.

And even though the brand is hugely popular, Ryan wanted to help boost Aviation's profile - especially in the world of social media. And boy, did he have some tricks up his sleeve!

Who could forget the hilarious advert he created with the one and only Hugh Jackman?

The actors took part in the comedy sketch to promote both Aviation Gin and Laughing Man Coffee (which is partly owned by Hugh) and it went down a real treat with fans.

Over the last 2 years, Ryan continued to work with Aviation alongside his many other acting ventures...

But it seems that the sun has set on his time with the gin giant.

The actor has announced that he has sold his stake of Aviation Gin...

And he could be set to make up to $610 million from the sale.

Now, that's a lot of money!

And according to the Financial Times, drink producers Diageo said they would pay Ryan $335 million... upfront.

Ryan spoke candidly of his experience with the brand:

"A little over 2 years ago, I became an owner of Aviation Gin because I love the taste of Aviation more than any other spirit. What I didn't expect was the sheer creative joy learning a new industry would bring."

He finished by saying:

"Growing the brand with my company, Maximum Effort Marketing, has been among the most fulfilling projects I've ever been involved with. I want to thank Diageo for their incredible team and passion. We're so excited for the next chapter of Aviation Gin, which, I promise, will require just as little reading."

Keep on reading to learn about the generous donation that the actor and wife Blake Lively made to a food bank during the pandemic...