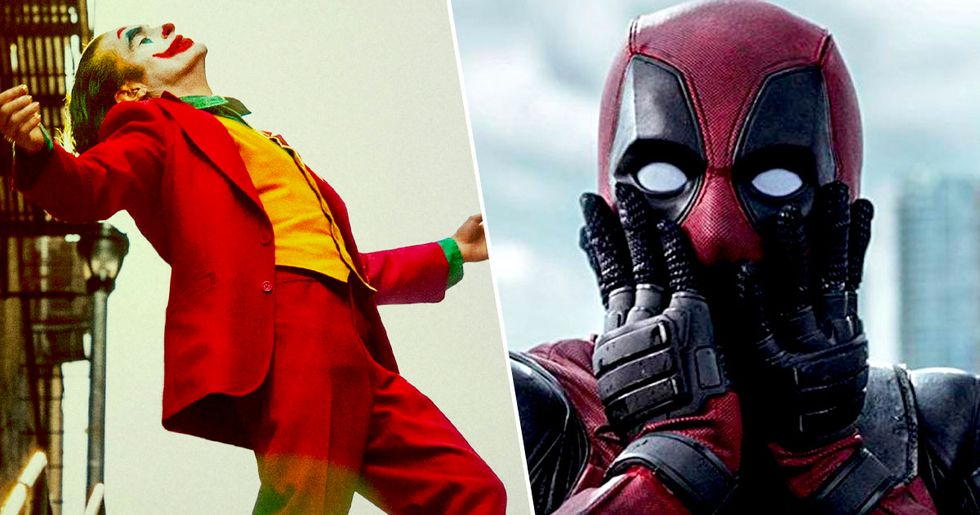 It's only been a matter of weeks since the Joker movie hit screens and it hasn't spent a day out of the limelight.

Earlier today Joker officially became the highest-grossing R-rated movie of all time after overtaking Deadpool. And now Ryan Reynolds has responded. And he hasn't held back one bit!

Keep scrolling to find out what Ryan Reynolds actually said. He isn't happy!

The movie hit screens over two weeks ago.

Yes that's right. Joker just keeps on getting bigger and bigger with every passing week. And last night news broke that Joker had become the highest-grossing R-rated movie of all time.

But Joker now has the lead.

Joker, which is currently sitting at a massive $785.5 million, as per Forbes, at the worldwide box office, has overtaken Deadpool by two million.

Despite the celebrations, we all knew it wouldn't be very long at all until Ryan Reynolds himself responded to being knocked off the top spot. And he did so in spectacular fashion. Heads up: This is pretty foul-mouthed.

Reynolds, as usual, took to Instagram to post the attack on Joker. His post was intended as a 'celebration' while also mocking the film - but it's all in good taste. His post shown the classic poster from Joker but with a few photoshopped, ahem, changes.

So it's the age-old image of Arthur Fleck at the top of those now-legendary stairs in the Bronx. Nothing too foul-mouthed yet right?! Well... The caption written directly above the image read:

In tribute to Joker, the image also shows all the characters and movies Joker surpassed on the way to the top. There's Deadpool, Neo (The Matrix Reloaded), Pennywise (It), Jesus (The Passion of the Christ), Hugh Jackman (Logan), the Wolfpack (The Hangover Part II), Mr. Grey (Fifty Shades of Grey), and Ted (Ted). That's some list of films...

Check out the image below.

It's not a coincidence Ryan Reynolds is internationally renowned as one of the funniest guys in Hollywood!