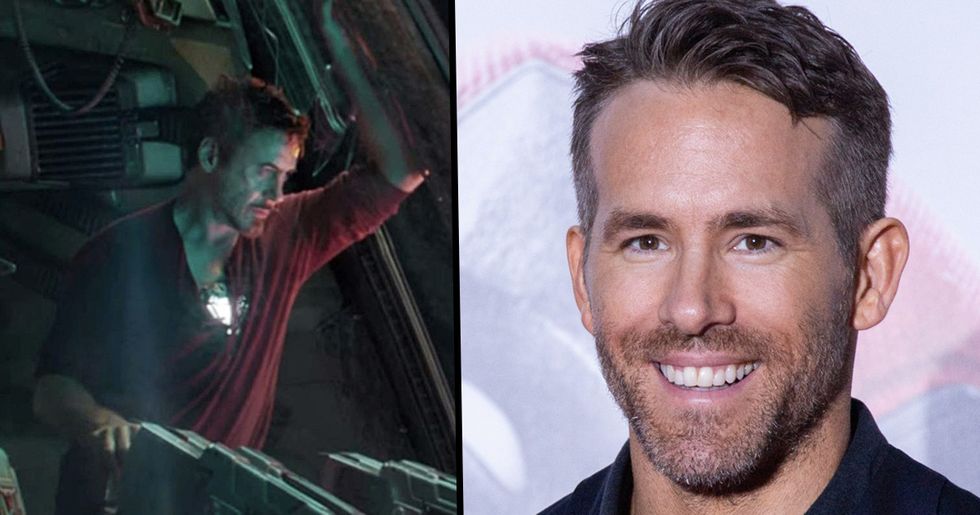 Everyone knows Ryan Reynolds is an expert at trolling his fans and detractors alike on the internet. Recently, Twitter user @AGuyInChair who owns AvengersEndGame.com and AvengersEndGameMovie.com Rick Rolled his fans by redirecting traffic from his usual domains to Fox's official Deadpool website after the release of the Avengers: Endgame trailer.

And Ryan Reynolds decided to thank him with something very special...

This is what Reynolds gave him.

It's a case of Aviation Gin with amazing gifts inside! However... @AGuyInChair had something else in mind. He wrote: “Package from @VancityReynolds just arrived! Wow! This thing is beautiful!!! And I will trade it immediately for 2 tickets to the #AvengersEndgamepremiere! Any takers?"

Reynolds replied, "This isn’t to say I’m proud of what you did... Just that I happen to love you."

@AGuyInChair continued with “Holy crap! There’s stuff inside too! (These have got to be worth two tickets, right?) They’re from Canada! Or a Canadian at the very least!!"

People love how Reynolds interacts with his fans online.

If you haven't seen the trailer for "Once Upon A Deadpool" yet, watch it here:

It's a play on The Princess Bride and even stars Fred Savage. It's being released in theater on December 12th. Will you see it?