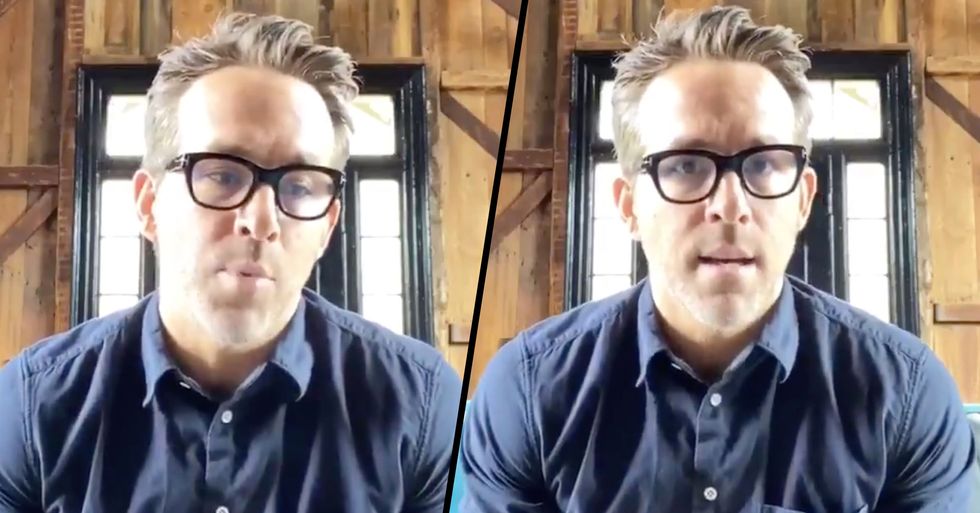 But their latest social media move is exactly what we need during these troubled times.

There's one time of year in which Reynolds really shines.

But their latest social media move has made us love them even more.

The coronavirus pandemic is no secret.

The spread of the disease is something the entire world is being affected by - and it's pretty scary stuff.

It's had extremely wide-reaching impacts.

Including the entire NBA being postponed until further notice.

Other large entertainment events have been canceled, too.

Including South by South West and Coachella.

There have been other surprise outcomes.

Including the shock celebrity diagnosis of beloved actor Tom Hanks.

But it isn't all bad news.

Because the internet's favorite couple has found a way to create a heartwarming story.

They're truly the internet's sweethearts.

Because as a rather privileged pair...

They've pledged to do what they can during this strange and scary time.

Offering a large and very generous donation to those in need during the crisis.

Ryan couldn't resist poking a little fun at his old nemesis, Hugh Jackman, in the process.

What a wonderful couple!

Unless you've been hiding under a rock, you've surely seen this wince-inducingly embarrassing video.

A whole host of celebrities got together to try to help - by randomly singing John Lennon's Imagine. It was widely criticized for being totally tone-deaf.

Since then, other celebrity activism has surfaced.

Although this video by Justin Trudeau was far more appropriate and helpful.

And now Ryan Reynolds has got on board - in his signature sarcastic way, of course.

Another important message from an important celebrity. Let’s spread the word not the virus. I happily nominate,… https://t.co/24DpiurdGa
— Ryan Reynolds (@Ryan Reynolds)1585007388.0

"Thank you, Prime Minister Trudeau. We need to work together to flatten the curve and fight off COVID-19. In times of crisis, I think we all know that it’s the celebrities that we count on most. They’re the ones that are going to get us through this… right after health-care workers, of course, first responders, people who work in essential services, ping pong players, mannequins, childhood imaginary friends… [and] like 400 other types of people."

This is the kind of celebrity activism we need! Want to learn more about how celebs are responding to coronavirus? Scroll on ...