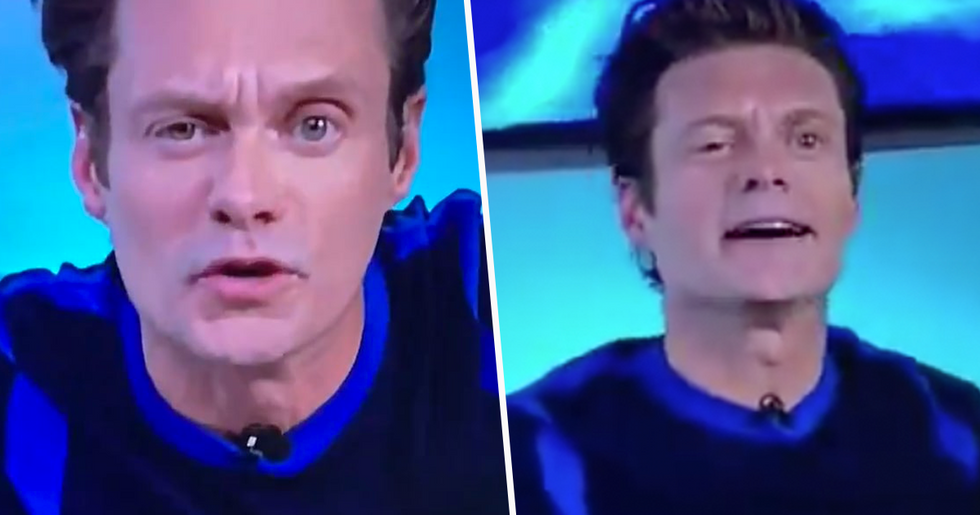 We may be in lockdown, but there hasn't been a shortage of celebrity scandals to keep us entertained.

Keep scrolling for the most savage celebrity clap backs, controversies, and burns of quarantine so far including Ryan Seacrest's savage response to those who thought he had a "stroke" on American Idol.

Let's start off with Chris Hemsworth throwing shade at Miley Cyrus following her split with his brother.

Just 8 months after Miley and Liam tied the knot, the once Hollywood "it" couple announced that they were calling it quits… Again, and since then, it's been a saga, to say the least.

Liam has remained pretty tight-lipped about the split.

But his brother, Chris, couldn't resist making a little dig at Miley.

The actor spoke about how well Liam is doing, and how he had relocated back to Australia for a “better lifestyle."

And, when discussing the reason that Liam is in such great shape, he said: "We got him out of Malibu!" Liam and Miley had a home together in Malibu, California, before their split, and the singer also wrote the song “Malibu" about their relationship.

Miley got well and truly burnt, and after getting wind of the comment...

A source spilled to the entertainment portal, “Miley is aware of the comments but she won’t respond." The source then went on to state that Miley was too busy focussing on her current relationship with Cody as well as her dogs.

Netflix's Tiger King took the internet by storm, but one of the biggest conspiracy theories to come out of it was that Jeff Lowe was Carole Baskin's ex-husband - no, not the one who went missing (or was murdered and fed to the tigers, depending on who you ask), but her first husband, who she said was abusive.

High-key conman and Las Vegas lothario Jeff Lowe is one of the men who helped the authorities put Joe Exotic behind bars.

The theory was shared to Facebook, with one fan writing: “Jeff is Carole’s abusive first husband who she paid off to go take Joe down. She rented a mansion and that caw to draw him in. Jeff and (James Garretson) even admit they directed Joe to kill Carole. When Joe didn’t do it, they needed him to pay, he didn’t. So Jeff sent his friend and he ‘chickened out’ on purpose."

“Carole then paid them all off. All the convicts around him, except (Kelci Saffery) and (John Reinke). Too bad I wasn’t the police investigator, I would of definitely caught this bull****." “Jeff even told the cops about the Tiger skulls, because they didn’t have enough to keep him otherwise on the bogs ‘killing plot’."

And soon enough, Jeff himself spoke out about the rumors, and his response was pretty bizarre.

He replied: “You’re a brilliant man and she is not my type. If I was stuck on a deserted island with her, I would f*** a coconut. I’ve seen the side by side pictures. It looks more like John and Joe’s love child." Yikes.

8. Bruce Willis quarantining with ex-wife, Demi Moore, instead of his current wife.

The internet was left slightly confused when it was revealed that Demi Moore was lockdown-ing with not only her 3 kids and their partners, but with her ex, Bruce Willis.

Of course, it is truly refreshing to see a divorced couple maintaining a strong and healthy friendship...

And from the looks on everyone’s faces, it has formed an incredibly happy family environment.

However, there has been one thing on everyone's mind.... what did Emma think of all this?

It must be hard having your husband choose to lockdown with his ex. But, shockingly, Emma commented on the family photo featuring both Demi and Bruce, writing: “Not many can pull that color off! Lookin good squad." So, she seemed to be cool with it.

A source told People: “Demi and Emma are close, and all three get on great as a big blended family. There are no issues at all. Emma needed to stay in L.A. with the young kids." "Demi and Bruce have been best friends for years. “They are really close."

Ryan Reynolds and Hugh Jackman have a "long-standing feud," but in reality they are best pals who simply like to troll each other once in a while. In fact, they constantly roast each other, the way only real buds can, and it seems pretty fundamental to their friendship.

The Wolverine star posted this photograph to his Instagram:

And his caption was cute as hell. He wrote: “These 24 years have been the best of my life! And, as far as I can see, we keep getting better. I love you Debs with every fiber of my soul. Happy anniversary. #24."

But instead of gushing over the couple like everyone else was, Reynolds commented this:

Barack Obama takes a swipe at Donald Trump at his handling of the pandemic.

Between calling it the "Chinese virus" and telling people to inject themselves with disinfectant, it's safe to say that Trump hasn’t exactly been praised for his handling of the ongoing medical crisis. And Barack Obama was one of the long list of people who took a swipe at him for it.

In which he gave advice to a group of America’s Mayors on how to effectively be a leader throughout the pandemic.

“Speak the truth. Speak it clearly. Speak it with compassion," he said. “Speak it with empathy for what folks are going through." It doesn’t take a genius to see that this is definitely one of Trump’s downfalls…

It was pretty obvious that he was referring to Trump’s frequent, and rather embarrassing blunders and mistakes during his press conferences.

And it didn't end there... Obama took yet another swipe at Trump.

Considering Obama rarely ever weighs into the work of other presidents – mostly using his Twitter account to praise frontline workers and share advice from public health experts, this is a big deal.

The former President took to Twitter to air his views.

“We’ve seen all too terribly the consequences of those who denied warnings of a pandemic," he wrote, without directly naming the president.

“We can’t afford any more consequences of climate denial. All of us, especially young people, have to demand better of our government at every level and vote this fall," he added, linking to an article below announcing the rollback of environmental mileage standards put in place by the former president 8 years ago.

Kourtney Kardashian breaks her silence after quitting Keeping up With the Kardashians.

We all know about that shell shocking fight that Kourtney and Kim had on air during a recent episode of the show, and it seems that Kourtney finally snapped - announcing that she was quitting the hit reality series.

In the dramatic clip, Kim and Kourtney end up getting physical with each other, and as things begin to get heated, Kim throws a punch at her sister.

Kourtney then confirmed she was leaving the show on Instagram...

On one of her posts, a fan commented, “Kourtney just needs to quit the damn show! I’m over her not wanting to film," to which Kourtney replied swiftly with, “I did. Bye."

Piers has always made his thoughts on Meghan quite clear, although at one point the pair were actually friends. But, when she stopped replying to his calls, Piers grew to become rather bitter and has continuously blasted Meghan, both in his columns and live on air on his breakfast show, Good Morning Britain.

He's brandished her as a "ruthless status seeker" in the past...

And has continuously blamed her for “tearing apart the royal family."

This particular outburst was all triggered by a recent announcement from the couple.

Total number of f*cks the British public give about these two announcing their ‘plans’ from Hollywood right now: 0. https://t.co/2XtRMzBlJ6
— Piers Morgan (@Piers Morgan)1586259999.0

The announcement shocked the world as both Harry and Meghan revealed they would be launching a new charity named “Archewell." Following the announcement, Piers took to twitter where he emphasized that no one really cares about what they are up to because we have bigger things to be worrying about.

And it seems as though a lot of people agreed with him.

@piersmorgan There’s a time and a place to make announcements and now really isn’t the time, what would of been nic… https://t.co/cQTL6RmMk9
— Matt Carter (@Matt Carter)1586260190.0

This British user wrote: “There’s a time and a place to make announcements and now really isn’t the time, what would have been nice is a message of support to a country they say to love and best wishes to our PM."

And finally, we have Ryan Seacrest's on-air stroke.

Is @RyanSeacrest okay? Not making light of this. He went from normal to his speech being off and his eye shutting h… https://t.co/oCogXdppgh
— M. Drake Krueger (@M. Drake Krueger)1589768328.0

While he was presenting American Idol from the comfort of his home, it seems as though fans were worried about his health after they saw his strange facial expressions on camera as well as his slightly distorted voice.

But a rep spoke out on his behalf claiming it was just because he was tired and overworked.

His publicist told PEOPLE this: "Ryan did not have any kind of stroke last night. Like many people right now, Ryan is adjusting to the new normal and finding work-home balance, with the added stress of having to put on live shows from home."

"Between Live with Kelly and Ryan, American Idol, On Air with Ryan Seacrest, and the Disney Family Singalong specials, he has been juggling three-four on-air jobs over the last few weeks and he's in need of rest," the statement continued. "So today he took a well-deserved day off."

We hope he manages to get some well-deserved rest soon. What do you think was the most scandalous incident to occur since lockdown started? Keep scrolling to see one more awkward incident that did not make an appearance on this list but maybe should have...