These Are the Safest Countries in the World, in Case Another World War Breaks Out | 22 Words 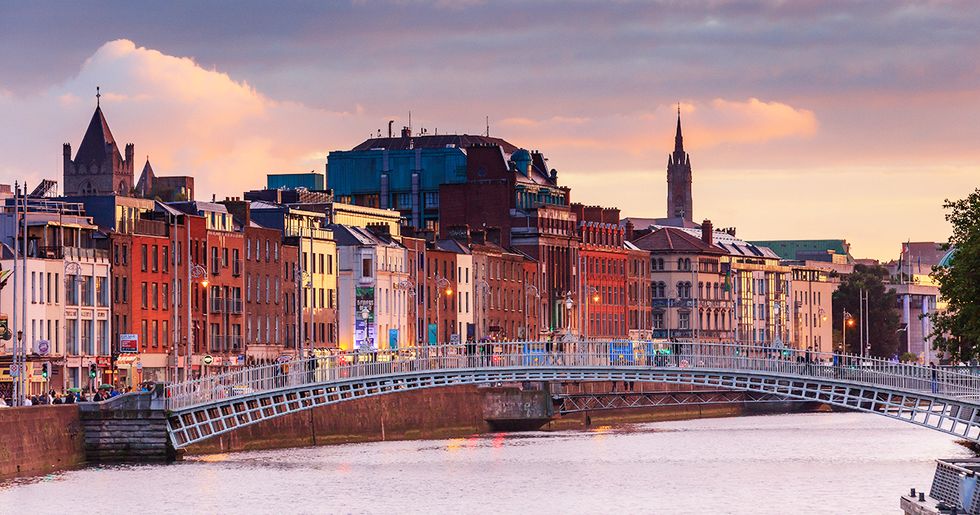 These Are the Safest Countries in the World, in Case Another World War Breaks Out

Another day, another threat of nuclear war. It turns out that modern weaponry is totally terrifying, and with tensions rising between the United States and Russia (and of course North Korea being the wild card it is), it's important to know your plan if World War III breaks out.

That's why we've created this lovely list of the safest places you can escape to if everything goes to hell in a handbasket. These places are said to be some of the safest spots in the world– in the event of a global catastrophe. Are you prepared with an escape plan, yet?

Earlier this year Putin and Trump got into a bit of a shouting match over Syria. Trump promised to be sending missiles in the direction of Russia, which got some of us worried.

So, a nuclear war then?

So what's the big deal? Well if one side busts out the nukes, in all likelihood both sides will and with the advancement of weapons in the last 50 years, we'd all be in trouble if that happened.

So while we're all sitting here hoping that Putin and Trump can play nice, it might be time to start putting some plans in place. Just hypothetical, definitely not imminent plans for World War III.

Do you trust this dude not to get us all killed?

I certainly don't, which is why I've been perusing this handy dandy list of all the places least likely to be turned into total nuclear wastelands.

With that in mind...

We found you some places to create your sweet bunker that will keep you safe from the coming apocalypse!

The first option we've got for you is Ireland, which has been officially neutral since 1930. The only downside is that it is quite close to the UK, which could find itself in some trouble.

The Emerald Isle has some perks.

But military neutrality isn't the only amazing thing about Ireland. It's got beautiful scenery, fantastic accents, and of course good old Guinness.

If Ireland doesn't do it for you, you can always try Switzerland, which has the longest history of neutrality in the world, starting in 1815. It's also got some pretty great mountains that keep it safe.

As if that weren't enough, Switzerland is also famous for chocolate, which is basically enough of a reason to get me to move somewhere all by itself.

Bet you didn't see Slovenia coming. This little country has mostly stayed out of the major wars of the last century, and even better is energy independent, so if we ruin the rest of the world you can camp out there with all the modern luxuries.

What else can you expect from Slovenia? Only natural hot springs, beautiful mountain ranges, and some high-class ski resorts. Catch me in the summer, I'll be wintering in Slovenia.

Okay, so maybe Europe isn't the right fit for you. That's why we've got Fiji as an option. This lovely island is not only isolated geographically it also generally stays out of world politics, which hopefully would keep it safe from any global dangers.

The tropical vibe you're looking for.

But the real draw of Fiji is the gorgeous beach, the pure blue waters, and even coral reefs. I think I could handle "surviving" the apocalypse here.

Here's the thing about Denmark: it's got some good connections that could keep it safe in the event of a war, but it also owns Greenland, which is totally neutral. Easy escape plus all the leisure of home!

Here's the very best part: Denmark is considered one of the most socially advanced countries in the world. It ranks high in important measures like education and standard of living, plus it has very little income inequality. If you're thinking your stay would be long-term, you can do worse than Denmark.

According to the Global Peace Index, Austria is number 4 in the world. Those are some pretty good odds if you want to stay safe in a worldwide conflict.

You, while the world burns

Few things seem more peaceful than chilling on a boat in the Alps while everything else falls apart. It gives off some serious Sound of Music vibes.

So you thought #4 was pretty good? Well here's #3, Portugal. A lovely oasis from the chaos of the world.

A long history, a bright future.

Portugal is one of those places where there are buildings older than you can imagine, filled with hundreds of years of history. If you're a big fan of museums, architecture, and history, this Mediterranean paradise is the place for you.

Calling all hobbits! New Zealand is not only the setting of the Lord of the Rings movies–  it's also a great place to go if you want to get off the grid.

Ideal if you prefer sheep to people

New Zealand is fairly rural, but it's got a lot of self-sustaining power: agriculture and energy! That means you could survive here for years and years, no matter what happens back in the good ol' USA.

Oh gosh, no one wants to fight with Canada! They're just too polite up there! Seriously, almost no one has been with the Canadians.

If you love the North American continent and don't want too much of a change from the US, Canada has you covered. It's like America– plus there's so much of it to choose from!

Ok we saved the best for last. Check out that gorgeous picture. Yeah, we're talking about Iceland.

Seriously this place is gorgeous

This country is #1 on the Global Peace Index, plus it's geographically isolated, giving it even more protection.

Honestly I might move there even if Trump and Putin can manage their fee fees.

Iceland has geographical features that will take your breath away: volcanoes, hot springs, lava fields, and geysers. What a treat.

If you're worried about these hooligans...

It's time to start making some decisions: beaches in Fiji or perhaps the careful politeness of Canada?

You never know when tempers might erupt and you'll need to head to one of these nations. Also, you deserve a vacation, so go check out your future home.

And everyone else is despairing over the fact that we trusted someone who tweets at two in the morning with our global security.

You'll be happily doing this.

Nothing feels better than a perfect plan. Just don't forget your pals at 22 Words while you're relaxing somewhere beautiful.