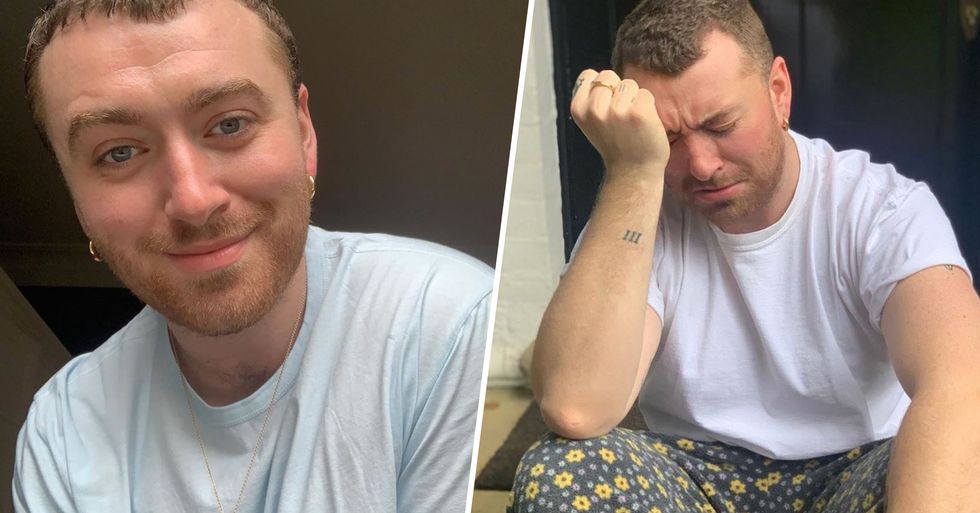 Sam Smith is one of Britain's most popular stars of the music world - they're also a huge Internet personality.

Last year, Smith hit the headlines after they revealed they were non-binary, with a brand new look. But recently, they have been receiving nothing but tonnes of backlash for their "insensitive" quarantine posts. It has gotten so bad that they have been forced to speak out on it.

Read on to find out what they had to say...

After Sam revealed that they now identify as non-binary, they were always making the headlines.

As a child, Sam revealed that they were “chubby" and “carried extra estrogen" in their chest, making them self-conscious and more susceptible to bullies.

Sam is working on loving their body and has become an advocate for the cause.

And even shared a topless picture on their Instagram, along with the caption: "In the past, if I have ever done a photoshoot with so much as a t-shirt on, I have starved myself for weeks in advance and then picked and prodded at every picture and then normally taken the picture down." "Yesterday I decided to fight the f*** back. Reclaim my body and stop trying to change this chest and these hips and these curves that my mum and dad made and love so unconditionally."

They are finally accepting their gender identity.

As well as their weight, Sam's gender has been an issue for years. "I've always had a little bit of a war going within my body and my mind," Sam said in the interview. "I do think as a woman sometimes, in my head. Sometimes I've questioned 'Do I want a sex change?'"

Sam has been identifying as non-binary for over a year now.

Although, Sam revealed shortly after that they wish to use gender-neutral pronouns.

After such an enlightening year, it seems as though things have been going downhill for Smith.

While we're all in quarantine, many celebrities have dented their careers with their "out of touch" posts.

And unfortunately, Sam Smith was one of them.

For the past few weeks, the singer has been on the receiving end of criticism from fans and haters alike and it was all because they decided to post about the fact that they were having a hard time in self-isolation...

...In their Los Angeles mansion.

A lot of people claimed that Smith was clearly so blinded by their fame and their security that they had no idea what all of us normal folks were struggling to deal with while they complained about being stuck in their million-dollar home.

But in a recent interview, they opened up about the post:

"It wasn't [a meltdown]. It was more – it was six weeks ago I posted a picture and everyone else was posting pictures, it was probably bad timing of me, but I use my social media as if it's just my friends on it."

"I posted with my humor and stuff, but it just didn't get picked up very well, but I didn't mean any malice by it at all."

They claimed that it was just really bad timing...

"Yeah, you know me, I'm always sharing all of my feelings all the time and trying to be as human as possible but sometimes maybe people can read it [wrong] but that wasn't really meaning it in a malicious or nasty way, I was just trying to be myself."

So there we have it folks, it was all just a misunderstanding...

Fans may have started to forgive Sam Smith for their blunder, but one celebrity that they have been less tolerant of is Vanessa Hudgens. Read on to find out about how they responded to her...