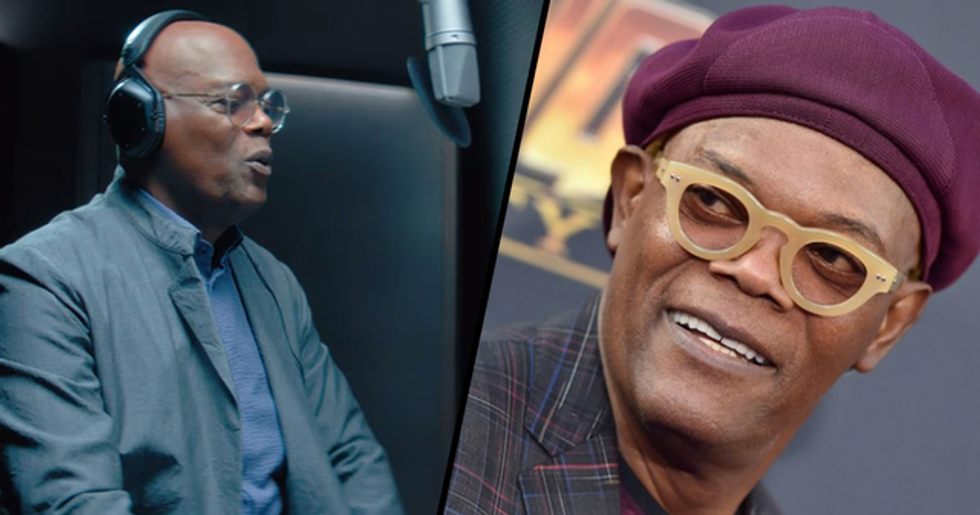 Samuel L. Jackson’s Voice Is Being Added to Amazon Alexa

Alexa is a lot of things - incredibly useful, bizarrely addictive, and slightly creepy. But one thing she's definitely not is cool. Her tinny, RP style voice is robotic, and, for many, can be slightly grating. But Amazon has come up with an innovative solution.

Starting later this year, you can customize your Alexa with a whole range of celebrity voices. And the one that has the internet the most excited? Well, that would have to be the smoothest voice in all of showbusiness, Samuel L. Jackson. Want to learn more about how you can make your Alexa the coolest guy around? Keep scrolling.

Amazon is one of the biggest conglomerates in the world.

And with good reason. In spite of a slightly sketchy (and way too rich CEO), they've really cornered the market as a one-stop destination for anything you might need.

And there's one product that's almost synonymous with the company.

The Amazon Alexa, launched in 2014, was one of the very first virtual home assistants. It's more than just a speaker - it can also manage diaries, create lists, and even offer news, weather, and sports information.

Is there anything that Alexa can't do?

Well, yes. But, at this rate, it's only a matter of time.

But there is one downside to the Alexa.

The robotic voice of the device is tinny and sounds very false. To many, it's a source of irritation and makes them not want to speak to their Alexa at all.

So Amazon has come up with an idea.

How about offering customers different options for their Alexa's voice? Better yet - what if those voices were famous?

Because, this week, Amazon has announced just that.

By the end of the year, they're planning on bringing out a range of Alexa voices inspired by your favorite stars.

And the first voice they've announced?

None other than Samuel L. Jackson. Well, they had to start strong - and, by bagging one of the most famous voices in Hollywood, they've done just that.

And the new Alexa voice promises to have all of his most famous one-liners ready to repeat back to you at your command.

Amazon has also utilized neural text-to-speech technology to recreate his voice, meaning your Samulexa can say basically anything you want it to!

Although Jackson is well known for his explicit language, you can choose whether you want an R-rated or PG version of his voice - perfect for Alexa owners with kids.

Which means you don't need to worry about Alexa teaching your kids cuss words.

Although we're sure that many are wondering exactly what a "clean" version of the Samuel L. Jackson voice would even say...

To purchase, you need to ask Alexa herself.

Simply ask your virtual pal, "Alexa, introduce me to Samuel L. Jackson." She'll then ask you to specify if you want the original or the family-friendly version, and your fun can begin.

There's plenty of fun to be had.

You can get your virtual Jackson to do all manner of things, including set timers and alarms, and even sing songs like "Happy Birthday."

But that doesn't mean he can do everything.

According to Amazon, the app won't be able to read out original writing like shopping lists or diary entries - yet.

But, for the price, we don't think that's half bad.

The Samuel L. Jackson app will be available for all Amazon Echo devices later this year, for the bargain price of $0.99.

People are very excited by the news.

Although it seems like no one out there can imagine a Samuel L. Jackson voice without his most explicit lines.

But the news is even more exciting.

Because those who aren't fans of Jackson can still wait in anticipation of the other Alexa celebrity voice announcements.

Many are hoping that beloved actor, Tom Hanks, will be the next addition to the celebrity voice range.

And what about Morgan Freeman?

Imagine being able to have the voice of God as your morning alarm?

It's almost enough to make naysayers consider jumping on the Alexa train.