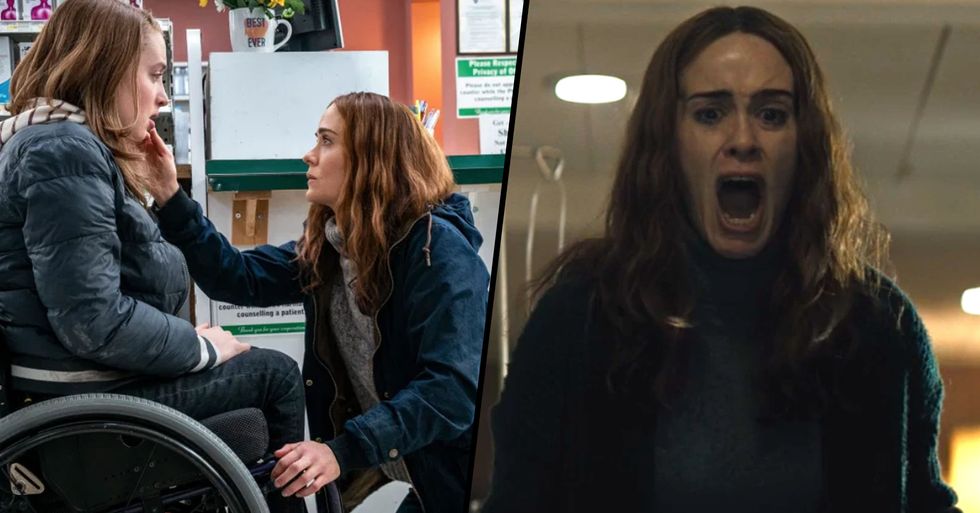 The coronavirus outbreak has taken the world by a storm.

People all around the world are in mass panic and as the death rate rises and the importance of washing hands is now being stressed more than ever before. But regardless of the precautions being put in place, it seems as if the virus is spreading like wildfire and because of this, the entertainment industry has lost out on billions.

But one movie has been canceled for a rather unexpected reason...

Coronavirus has had such a wide range of impacts.

But one many of us never even considered was that on the entertainment industry.

Production of many movies and shows halted in spring.

Meaning many shows were pushed back - we have a full list coming later.

But there's one which has everyone feeling sad.

It's just been announced that the upcoming Sarah Paulson thriller, Run, isn't going to have a theater run.

Many movies have met the same fate.

The effects of this pandemic look set to impact us for a long time to come...

And, of course, Run.

The movie centers around a wheelchair-bound daughter and her overprotective mother - who seems to be hiding a dark secret.

Many fans had a lot to say about the disappointment of this incredible looking film not going to theaters.

Well, because it's simply not financially viable to run all of the planned releases in theaters right now.

Many are happy they'll get to see the movie at all...

And are hoping those who worked on it get the payment they deserve!

Meaning Run (along with others) has been given a domestic release, instead.

According to Deadline, competition for the movie was stiff. And we can see why - the trailer (see below) is epic.

But Hulu has won out.

Meaning the movie will be released on that platform - date TBA.

Others had this concern...

Since Hulu is a US-based service, many outside of the states are concerned about whether they'll get to see it.

Some had this reaction.

paulson nation i can’t help but think of the red carpet/premiere night looks sarah could have done for Run if not for corona
— ًlana (@ًlana)1597161944.0

What an incalculable loss to fashion.

Many are still hopeful for a limited run.

Which doesn't seem totally out of the question.

While others are just plain old sad.

thinking about how Run (2020) is one of the biggest films Sarah Paulson has ever done yet she was robbed in having it released in theaters
— ًlana (@ًlana)1597162034.0

It's such a shame.

We really want to see this movie in the theaters as it deserves!

But there is something the fans can do.

Watch the movie as soon as possible! Want news of another Sarah Paulson project that might be in trouble? Scroll on...