Sarcasm Is a Form of Bullying, Claim Psychologists | 22 Words 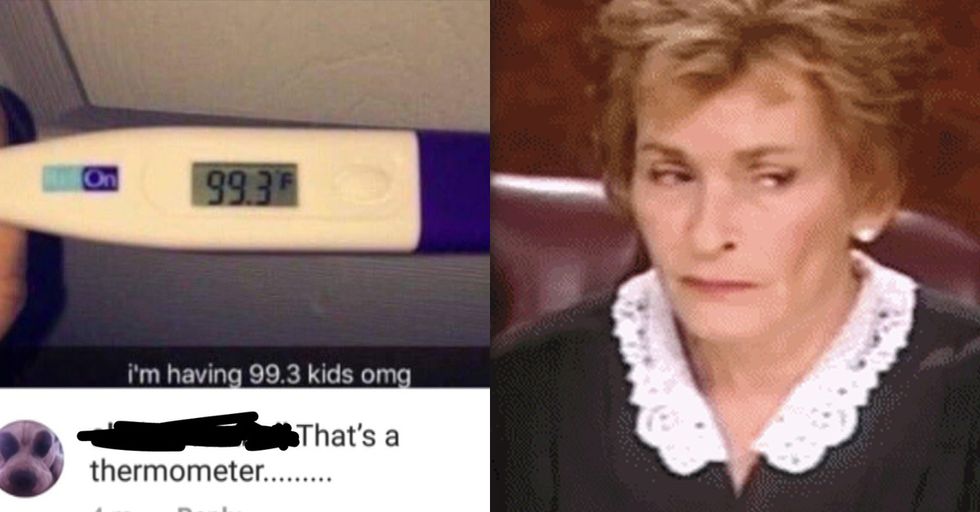 Sarcasm Is a Form of Bullying, Claim Psychologists

A 2012 Psychology Today article by Dr. Clifford N Lazarus Ph.D., claims, "Despite smiling outwardly, most people who receive sarcastic comments feel put down and usually think the sarcastic person is a jerk. Indeed, it’s not surprising that the origin of the word sarcasm derives from the Greek word “sarkazein” which literally means “to tear or strip the flesh off.” Hence, it’s no wonder that sarcasm is often preceded by the word “cutting” and that it hurts."

The Internet can be so chock-full of lies and "fake news" that sometimes it's hard to tell if what you are looking at is sincere or not. But sometimes, it is pretty obvious that the person who posted this was making a joke. Maybe it is a bad joke – but it is still a joke nonetheless. And it is our job, as smart people who use the Internet, to recognize when people are making jokes, shake our heads, and move on.

But some people don't get it. Some people don't understand when others are making jokes, and so they respond very earnestly to questions that definitely did not warrant those kinds of responses. This list is full of those amazing moments. Moments where the joke went so far over someone's head that it then turned around and snuck up behind them and scared them, making them look like a total idiot.

Do you get it?

Some people do not get it. This list will serve as a warning to you. Next time you are about to comment on a post on social media, ask yourself if there's a chance the original poster could be joking. You don't want to end up looking like these fools.

I doubt the person who commented, "did he eat a balloon?" really thought that a dog would float to the ceiling if it swallowed a balloon. Think about it, people.

Clearly, this is a joke! Only a newborn baby wouldn't know that ice is frozen water.

I love this, I love the joke response, and I hate the self-serious person who corrected the jokester's spelling. They clearly did not get the joke.

Stay with me here. Yes, Valentine's Day is in February. And February is nine months before November. Do you get it now?

It's a joke! It's a joke! But how funny would it be if someone got smacked with a dismembered human arm while riding the Matterhorn?

Oh my goodness, the mansplaining is strong with this one. Woosh, indeed.

If vaping means returning my library books on time, you know it! I vape all the time! Except when I forget that I have a vape and then I move away, only to unpack my box of books and oops, there's the vape I didn't vape on time.

If Earth is round...

This is clearly a joke because this is like saying, "If the Earth is round, why isn't every single thing also round?" and that's nonsense!

Music in the books

Yeah, but what is a cello if not a giant violin? Orchestra instruments aren't very creative. They're all just bigger versions of each other. (Can you tell I was a band kid?)

The inaccurate acronym is a joke! I will venture to say that any time you see something like this or the vape meme, they did it on purpose. Don't tell them that the letters don't match up. They know.

This is quite a meta-joke, and I'm not surprised that people didn't get it. This person is too clever for the Internet.

I do believe that this poster is trying to be funny. I understand the confusion, though, since math (and math jokes) are literally the worst.

Clearly, this person is being sarcastic. In no way does it make sense to ask strangers on the Internet for relationship advice instead of actually talking to your partner.

Cory in the House

If you don't remember, Cory in the House was the Disney channel spinoff of That's So Raven, so clearly, this person is being 100 percent serious.

I don't think this poor person got the sexual joke, but I'm sure they appreciated the support for their plight, so that's a positive.

Obviously, it was the wife who spray-painted the truck. Obviously, the first commenter was joking. That's what you get for not understanding jokes.

This is hilarious! I love the idea that the dolphin is asking her to marry him, and she turns around and kisses someone else. Poor dolphin.

Aw man, what the heck, Isaac! You had to go and discover gravity and ruin flying for all humans! Come on, dude!

Uh, yeah. The point of this illustration is that this person doesn't know anything about American geography. The New York circle doesn't even touch New York.

I honestly don't know who to make fun of here. Is the first commenter making a joke? This is an all-around social media disaster.

This is hilarious. Of course, she doesn't think this is a pregnancy test! On another note, she should rest because she's got a fever.

I am running out of ways to say, "That's the point!" This is too ridiculous. This person is obviously joking.

I wish this is how anti-aging cream worked! Maybe I'll write that story. Like, an updated Dorian Gray.

This joke made me giggle out loud. It's so absurd and funny and I can't believe people didn't get it and therefore couldn't enjoy it.

What does Al stand for?

What?! AI doesn't stand for Anti Iguanas? Then I have been confusing a lot of people in pet stores.

RIP good joke, ruined by dumb people on the Internet. Share this with someone who understands good comedy!