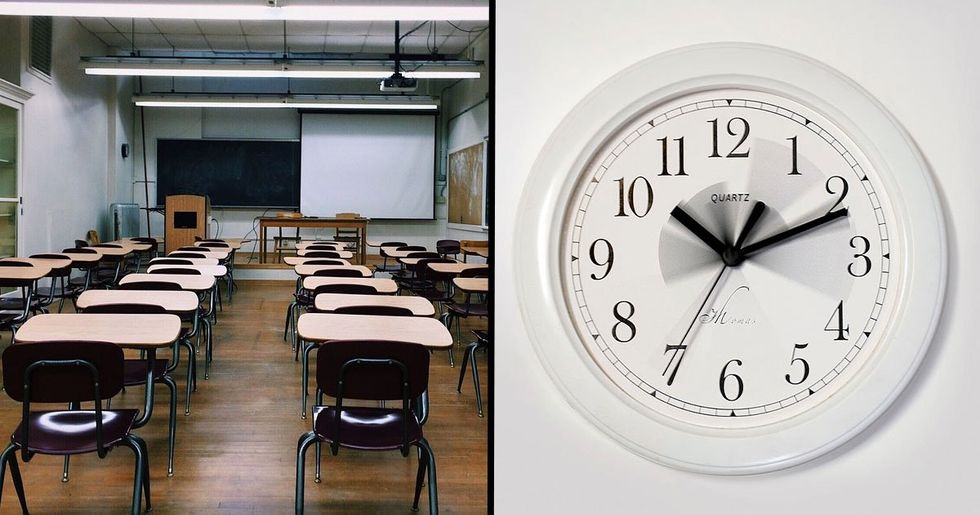 Times are changing, literally. Today, we live in an age of streaming services, social media and an almost umbilical connection to the digital world. Children born after the turn of the millennium have a completely different understanding of the world to those born ten years earlier. Never has the synaptic rift between the generations been so apparent.

I was born in 1996, and I’ve always struggled with the question of which generation I belong to, I remember frequenting blockbusters, dial-up connection and tape decks, but I also never had the benefit of enjoying an adolescence before the birth of social media. It’s a tough one - am I the last of Generation Y, am I the start of generation X, am I a millennial? Anyway, I do know one thing for certain - I can tell the time, which is more than can be said for some post-digital gen x’s.

Turns out, a large proportion of kids today find it difficult to quickly and accurately tell the time on an analog clock.

This is a huge problem in the examination room.

Why is this happening?

So why can’t kids tell the time on analog clock faces anymore?

We think we know…

It's probably down to technology.

This most likely has something to do with it.

Bet you can tell what this time is straight away.

Do you know how much time children are now spending on phones, computers and tablets?

According to a BBC poll, kids are spending, on average, 6 hours a day (or more) on screens! And something you won’t find on a screen interface is an analog clock face.

We don't know about you, but we're always setting alarms and reminders!

These days, we hardly need to alert ourselves to check the time because our phones and devices do it for us. When’s the last time you asked someone the time on the street? No need!

We have a different relationship with time now.

We like to cut time up into manageable chunks.

Half an hour or work here, half an hour of leisure there. We tend to track our day in intervals these days, rather than viewing the twenty-four hours as a whole, elastic reality.

We do have the Apple Watch though!

Yeah, but everyone knows that the only people that buy Apple Watches are perverts and life coaches.

So are we surprised?

It’s no surprise that kids can’t tell the time on analog clocks anymore.

Analog clock faces represent the day as a consistent, whole entity - which is a concept to which kids of the digital age are unfamiliar.

So what are schools doing about this problem?

Well, the solution's pretty simple. Schools are just replacing the kind of clocks that they use.

What did you think we were going to say?

It's to make children feel relaxed.

Malcolm Trobe, deputy general secretary at the Association of School and College Leaders (ASCL) explained: “Schools will inevitably be doing their best to make young children feel as relaxed as the can be. There is actually a big advantage in using digital clocks in exam rooms because it is much less easy to mistake a time on a digital clock when you are working against time."

Analog clocks will soon be a thing of the past. It would sad thing if they all disappeared completely.

Without analog clocks, there'll be no more…

Harold Lloyd to dangle from in black and white!

To freak out our favourite Neverlandian pirate.

Christopher Walken to keep up his ass.

But it doesn’t end with analog clocks...

No, the school's realization about analog clocks actually brought about another damning note of our time.

Turns out kids can’t use pencils either!

Sally Payne, the head paediatric occupational therapist at the Heart of England Foundation NHS Trust, warned, “To be able to grip a pencil and move it, you need strong control of the fine muscles in your fingers. Children need lots of opportunities to develop those skills"

But children are using technology too much!

"It’s easier to give a child an iPad than encouraging them to do muscle-building play such as building blocks, cutting and sticking, or pulling toys and ropes. Because of this, they’re not developing the underlying foundation skills they need to grip and hold a pencil."

But, to be fair to these to digital kids...

We know we're at risk of sounding like the worse kind of generational curmudgeon, but isn't this all a bit saddening?