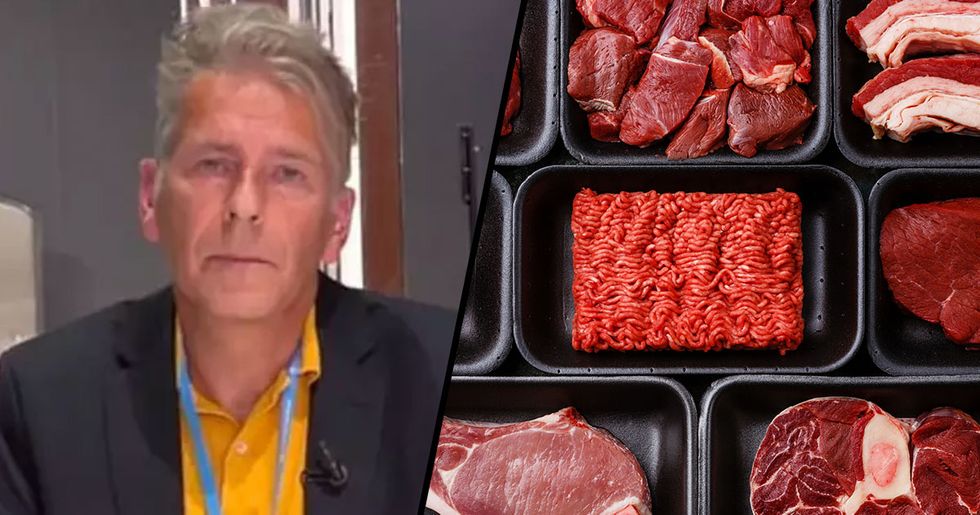 With the conversation around climate change growing, both activists and scientists have been very vocal about ways in which we can reduce global warming. For example, reducing meat consumption, stop buying into fast fashion, reduce plastic waste... all completely feasible and credible ways to make minor changes for the sake of our planet.

But one scientist has come up with a bizarre and damn right disturbing way to combat climate change - and it involves eating human flesh.

We all know that climate change is a probing and urgent issue, but we somehow that feel cannibalism isn't the answer... keep scrolling to find out his reasoning behind his bonkers theory.

But one scientist has a rather, well, disturbing theory about how we can save the planet.

While it's amazing that so many scientists, experts, and activists alike are coming together to think of ways to tackle the issue, this scientist's idea is damn right bizarre and well, let's just say harder to get on board with.

The behavioral scientist from The Stockholm School of Economics argued that cannibalism could help combat climate change. Yep, you read that correctly. It sounds like satire but, sadly, it isn't...

His theory goes with the logic (we use that term loosely) that eating human flesh would be more sustainable.

Soderlund claims that eating human flesh could be a sustainable alternative to meat or dairy, and would thus help to save the planet.

He thinks that people will warm up to the idea...

During his talk, the behavioral scientist claimed that people could be "tricked" into "making the right decisions" and "awakening to the idea," according to The Epoch Times.

To test the waters on his idea, he asked the audience if they would be open to eating human flesh.

Unsurprisingly, the vast majority of people were not overly enamored with the concept, but, worryingly, the scientists said 8 percent of people were open to the idea of trying human meat. Okay, who were those people who said they'd give cannibalism a go? Seriously.

It gets much worse...

When asked whether he would eat human meat himself, the professor told Sweden's TV4: "I feel somewhat hesitant but to not appear overly conservative... I'd have to say... I'd be open to at least tasting it."

You're probably thinking that Professor Soderlund is suggesting that we go on a killing spree.

And, let's be honest, we wouldn't blame you for assuming that. But he is referring to the flesh of people who are already dead and isn't advocating turning to cold-blooded murder.

Although we doubt that his recommendation will gather momentum.

Somehow, cannibalism doesn't sound like the answer. Not to mention that, for the record, eating human flesh has been known to pose major health risks, in particular, blood-borne diseases such as hepatitis and ebola... just in case you were considering Soderlund's theory.

Away from Soderlund's wacky recommendation, it's clear that more still needs to be done to save the planet. And if this article has got you in the mood to make a change, we've got you covered as we've listed fifty ways in which you can help save the planet. A small change can make a huge difference, keep scrolling to see what you can do.