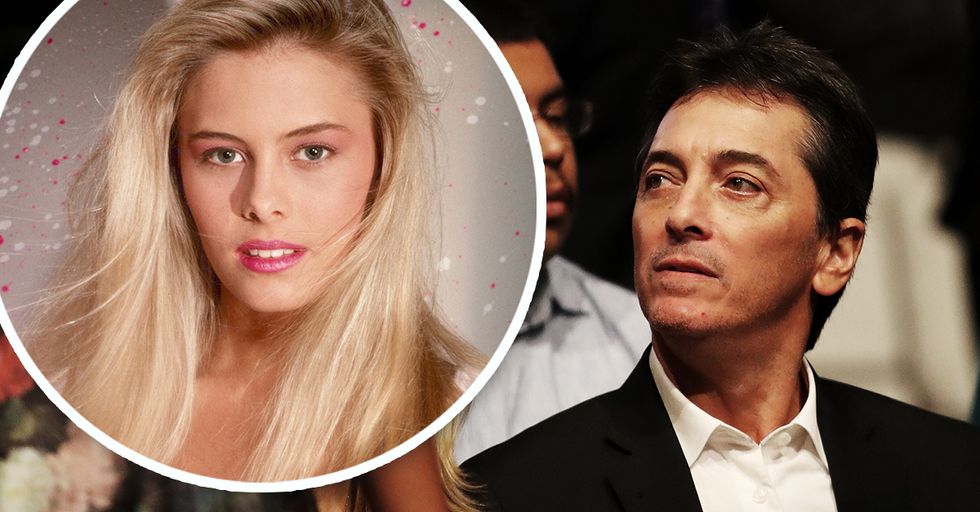 Sweet Jesus, where to start.

Scott Baio has denied, unequivocally, that he molested Nicole Eggert, his Charles in Charge costar, when she was underage. The denial comes after Eggert accused the actor of molesting her from age 14 to 17 via a series of tweets.

Eggert began the tweetstorm in response to an unrelated political tweet mocking Baio, who is an ardent Trump supporter.
"Scott Baio was not able to go with the President to Switzerland but in support he will only be using Swiss cheese on all the subs he makes at Subway on his shift tonight," the original tweet read.
Eggert replied, "Ask @scottbaio what happened in his garage at his house when I was a minor. Creep," and then she launched into a series of now-deleted tweets alleging that the sexual abuse "started when I was 14. Wasn’t a one-time deal."

In response, Baio blasted the actress via a lengthy Facebook Live session as well as Twitter, saying her accusations were "100% lies." "I am here today to talk about some allegations that have been made against me that are untrue by somebody named Nicole Eggert," Baio said in the Facebook Live post, which was recorded by his wife Renee.
"The reason I'm doing Facebook Live is because nobody can edit me, nobody can change what I said. These are my words," Baio said. "And I'm telling you the truth. So I'm going to knock down all these false claims against me." But the truth isn't so cut and dry.
Charles in Charge was on the air 1984-1990, and Eggert joined the cast in 1987 when she was only 12. Baio played a college-aged caretaker helping the wife of a Navy officer care for her three children. Eggert played the oldest daughter, "hottie" Jamie Powell.
As proof of Eggert's dishonesty, Baio cites a 2013 interview Eggert did with Nik Richie Radio, where she alleged that she gave her virginity to Baio when she was 17.

"Yeah, there was some flirting, yeah there was some messing around later when I was like 16. And don't forget, he was in his 20s," Eggert said at the time.

They only had sex later, however, Eggert claimed. "I was a virgin until I was 17, almost 18 years old," she said. Then she started dating another guy, and needed help to get rid of her virginity. "I was embarrassed I was a virgin, so I needed someone to pop the cherry and make me a veteran."

While Baio cites this as proof of her lying, people have many questions. As Clarisse Van Horn of Celebrity Insider explains:

Why would Nicole Eggert feel comfortable approaching Scott Baio for the sole purpose of losing her virginity in the first place?... Is it common behavior to work with an actor and become so close that you would rather lose your virginity to him than your boyfriend?

For many, the interview is not only troubling but raises more questions than answers. Some have even stated that they believe there was prior sexual contact between the two, and that is why she felt comfortable approaching him to “pop her cherry."

Moreover, writer and actor Adam Carl tweeted his support of Eggert. "When I worked on Charles in Charge in ‘88, I sat with you while you cried about that abusive asshole. I know you’re telling the truth and I’m so glad to see you speaking out," he wrote. Baio, however, continues to maintain his innocence, although he does admit he had sex with Eggert when she was already an adult.

"I remember her coming over to my house and seducing me," he said, claiming that “any red-blooded" straight American man would reacted the same way. “The outcome would have been the same," he said. “She seduced me. She came into my house and started kissing me."