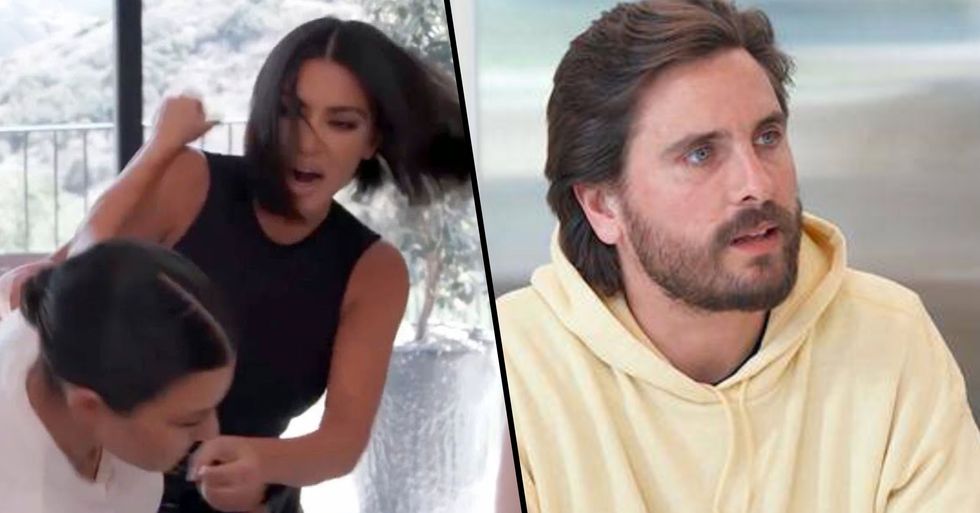 It's also no secret that the sisters have had their fair share of squabbles over the years, but we hadn't seen anything like when Kim and Kourtney had a physical fight on air.

Now, Scott Disick has spoken out about his concern following the brawl. Keep scrolling to see how both the sisters reacted and what Scott has now had to say...

After the clip aired, Kourtney spoke out.

Kourtney broke her silence on the brawl between her and Kim after fans went online calling it "cringeworthy."

Commenting on her decision to leave the family, Khloe wrote: "It feels like a revolving door – so Kourtney might leave this week but she’ll come back. They always come back."

Kim has also spoken out about her and Kourtney's on-screen bust-up.

But this week, Scott Disick has spoken out about the pair's fight.

In a clip from the latest episode of Keeping Up With The Kardashians, Scott questioned Kourtney's actions before a trip to Armenia, scheduled for just a week after the pair's brawl.

Scott confessed that he was deeply concerned about the effect the fight would have on his kids.

"I’m trying to understand about Armenia because obviously it has to do with my children," he explained.

He then asked Kim: "What do you think? Are you just gonna sit down one day prior and then get on a plane across the world?"

And it wasn't just Scott feeling this...

After the episode aired, Kim shared that her mom, Kris Jenner cried after learning of her daughter's vicious brawl. Scott was recently admitted to rehab. Keep scrolling for the full story, including why he allegedly checked himself in...