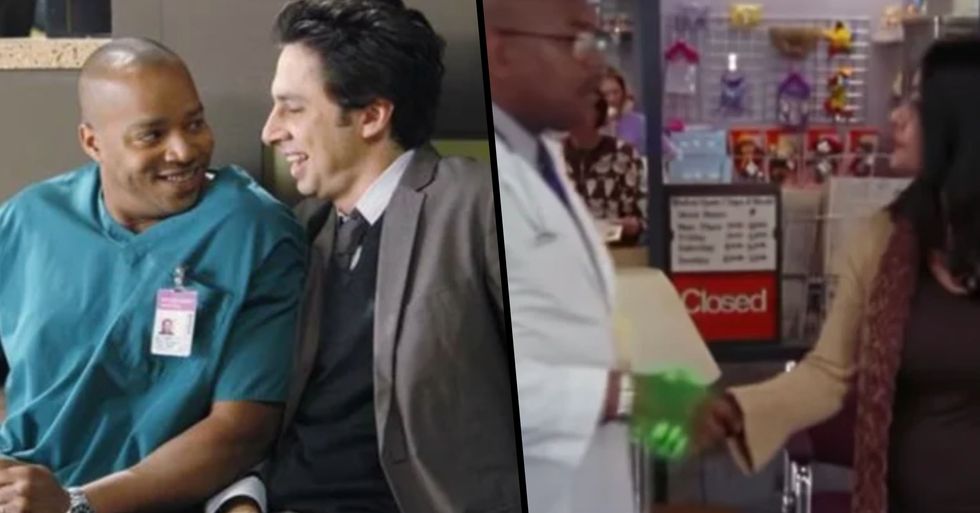 Though the hospital-based comedy show, Scrubs, ended over a decade ago, an old clip has resurfaced that perfectly illustrates the importance of social distancing and the prevention of the spread of viruses and infections.

Keep scrolling to watch it for yourself...

So, yeah. Things are getting pretty serious.

And, on top of all the precautions and sanctions the world's governments are putting in place, regular civilians are scrambling to protect themselves from the virus the best they can.

Whether it be donning facemasks...

Or taking extra sanitary measures when out in public, citizens all over the world are making a valiant effort to prevent further spread of the virus.

And one of the main methods adopted by people is self-isolation.

At first, people with symptoms were advised to stay isolated in their homes for at least a week. But, now the virus is getting out of hand, everyone has been called to self-isolate and distance themselves from crowded, social situations.

But what are the benefits of self-isolation and social-distancing?

Well, however unpleasant it may be, remaining isolated from other people dramatically lowers the risk of catching or passing on the virus.

By confining yourself to one space for an extended period of time...

The virus will be unable to spread and infect other people.

Well, I have just the thing that can explain the benefits and importance of this concept perfectly.

The hit comedy TV show, Scrubs, demonstrated the importance of social distancing a long time ago.

Though the beloved hospital show was brought to a close a decade ago, many people are now referring back to a certain episode to stress the importance of social distancing.

It turns out that Scrubs had the right idea...

Just ten years too early. In a clip from the fifth season episode, My Cabbage, the process of how a virus can spread was demonstrated through a series of seemingly innocent interactions.

They first show a mother wiping her son's nose...

The tissue turns green to highlight the infection as Dr. Kelso can be heard explaining, "Infection can start with a simple sneeze... And then a handshake."

The green infection then transfers to her hand...

Which then comes into contact with the doctor's own hand.

"Perhaps an accidental collision?" The doctor then accidentally knocks into a nurse who helps him pick up his documents and, thus, gets infected with the green infection.

The nurse then goes on to greet a different patient...

And, by giving her a simple touch on the shoulder, she further spreads the infection.

"You now have a patient in trouble."

The scene illustrates perfectly just how easily infections and viruses can be spread...

And how a single touch by someone else can leave you vulnerable to disease.

You can watch the full clip for yourselves here.

And if this doesn't encourage you to self-isolate for the next week or so, I don't know what will. As well as bringing cities into total lockdown, the coronavirus has also halted the productions of many major TV shows and movies. Keep scrolling to find out which ones...