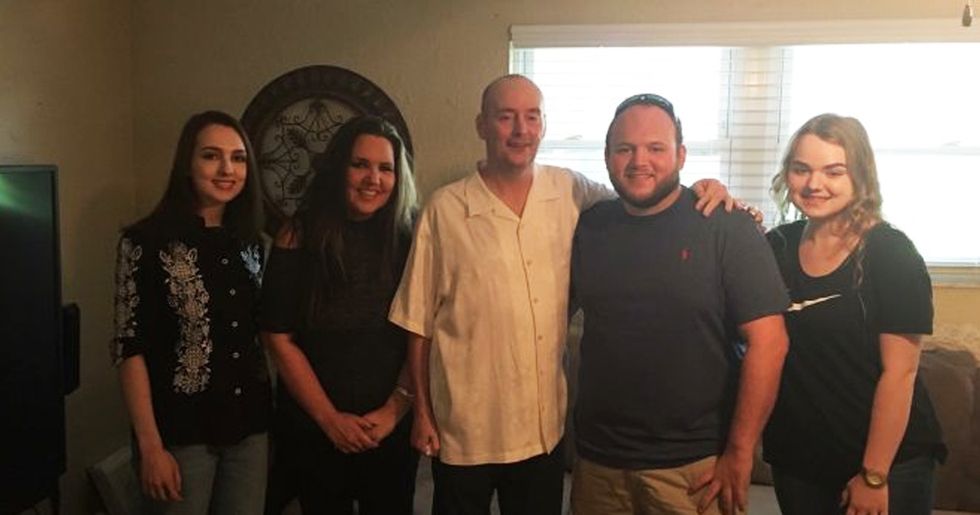 Love comes in many forms. In this instance, it came in the form of a family growing through a long search and a simple Facebook message! One Redditor, Justin, knew he was adopted and wanted to find his biological parents.

As a result, he began searching. At the best of times, familial love knows no bounds. Justin found this out in the most amazing way!

This story of a years-long search is incredibly heartwarming.

u/KungPowKarma writes: Hi, my name is Justin, and I’m 26 years old. Recently, I was able to finally make contact with my birth parents, and it was the best experience of my life.

As it turns out, Justin had been dedicated to this search for a long time.

Over the years, I’ve always been curious about my biological mother, as I only had 2 things to go off of: my mother’s name (For privacy reasons, let’s call her Lisa Jones) and the fact that my mother’s father was a pastor. Her name was very common and made it impossible to find her through online research. I sent many messages asking many suspect Lisa Jones over the years if they had a son who they gave up for adoption in 1992, and I received many “I’m sorry but no"s.

Then, Justin got a new lead.

Fast forward to present day. My adoptive mother sent me an article about a man who might be my grandfather. He was a pastor in a town about an hour from where I was born, and things looked hopeful.

After some research, his chances of finding biological family looked better and better.

I did a little digging with the name I found, and I found the pastor’s obituary. He died 3 weeks ago. I thought to myself “is this him? Has he really died?" After I read the obit, I saw the “survived by" section along with a few names. One of them was Lisa Jones as the daughter.  Next up, find out exactly what information Justin’s search turned up!

In the end, the new lead paid off!

I couldn’t believe this. There was no way it was a coincidence. After trying her name again, I still came up with nothing for her name, so I tried searching the pastor’s wife’s name on Facebook. I ended up finding her and comparing her to the photo of the pastor and his wife. There was no mistaking it. That was his wife.

I ended up searching through her friends list, desperately hoping she would be Facebook friends with my biological mother. She was. I looked through her photos and immediately saw my own features in her face, and I cried. I immediately messaged her.

But finally, Justin got the confirmation he was looking for.

It took a few days for her to reply because Facebook messenger is weird if you aren’t friends with the person. I sent that message that I had sent so many times to so many people out one last time. It was her!

And, happily, his biological mother was just as excited as Justin!

She was absolutely ecstatic. We talked for a while, and she revealed to me that not only are both my biological parents still together but that I also have 2 FULL-blood sisters, one 16 and one 19. They also only lived an hour away from where my girlfriend and I were living in central Florida!

So, naturally, they took the next steps after making contact.

Long story short; obviously we decided to meet. We scheduled to meet next Friday at her home, and I had never been more excited about anything in my life.  Excitement and nerves mingled at Justin’s first meeting with his biological family. Find out what happened when they met face-to-face!

Then, the day finally arrived that Justin was to meet his biological family.

Come the day of, my girlfriend and Mom are riding with me, and we pull up at the house. I told them I wanted the first moment to be between only me and my biological family, since this was the first time meeting them, and they wholeheartedly agreed.

The moment was an intense one.

I walk up to the door, about to knock, and my hand just won’t stop shaking. I know that when this door opens, my life changes forever.

But it was worth the long search!

They open the door and there stands my beautiful mother, father, 2 sisters and grandmother. All in tears. I get a rush of an emotion I’ve never felt, and I just lunge into my Mom and hug her, immediately sobbing and squeezing her.

The family then sat down to talk—and Justin was immediately enamored.

After hugging her for about 2 minutes and crying, I hug everyone else. I feel happiness and euphoria as I see my own face in theirs. It’s a feeling one can only know if they’ve gone through this.

Tragedy had struck the family before Justin found them.

After we all cry and hug, we sit down, and we talk. For hours and hours and hours. I asked my mother about my grandpa, and she said he had passed away 3 weeks before I made contact, and the whole family was devastated he meant so much to them. Sometimes, tragedy and miracles can come side by side. Find out where Justin and his biological family are now on the next page!

But that tragedy made their reunion possible.

She said nothing was ever more “meant to be" than this because of how he passed away, and then they find their biological son weeks later.

Who knew one month could be so full of highs and lows?

And it wasn’t just his biological mother that Justin got along with!

As for my father, we instantly hit it off as well! Being that my adopted parents are divorced, it had been a long time since I had someone to call dad. He’s a fantastic and humorous guy, and I even spent Father’s Day weekend at their house with him!

To write everything we talked about would be a novel, so I’ll keep the rest short and say that I’ve met up with them several times after that. Every single time has been better than the last, and the whole situation has had an earthquake effect on both my biological and adoptive families!

Thank you so much for taking the time to read my story of a lifetime!  Share this incredible story, and celebrate the magic of a found family!