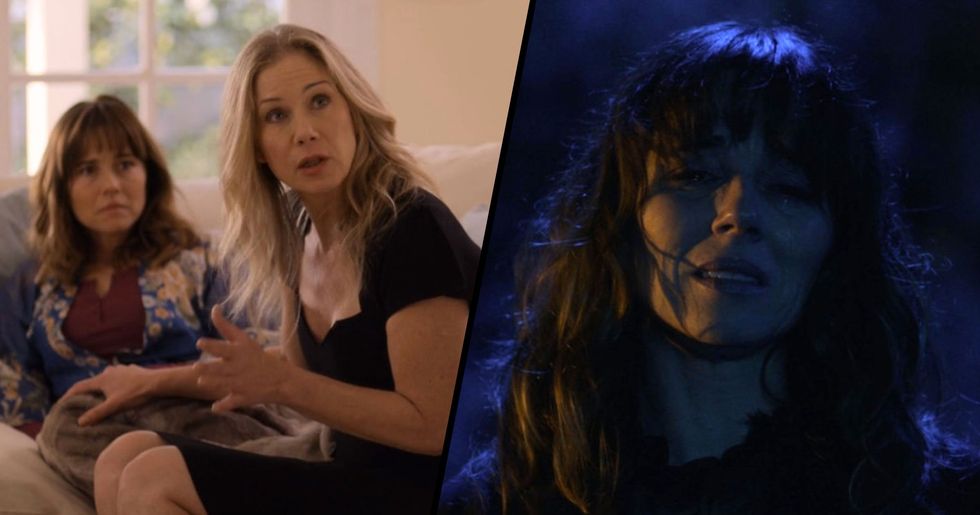 Now, as more details are released - it looks like the second season is well and truly underway.

Here's everything we know so far about the upcoming season...

And as the weeks go by, more details surrounding the upcoming second season have been revealed.

Since the season got the green light, fans have been drip-fed teasers and clues about what to expect next time.

During a recent interview, Linda Cardellini, dropped some hints about what we'll see during season 2.

"There are definitely going to be more secrets and more twists and turns, so we can count on that." " I knew there was a twist in the first episode when I read the first season, but I didn't realize how each episode would be, that the show would turn and twist as the season went on. So I'm really excited about that," she explained.

Her co-star, Christina Applegate, has also spoken out about the new season:

In a previous interview with  TV Guide, the actress explained that the new episodes are a lot harder to make.

"Holy crap! Liz ( Feldman - showrunner) went over what the season is going to look like. Oh hell. She said it's going to be much harder work for me this season. I was depleted as a human being after last year. I plan on trying to laugh a lot between now and September [when filming on season 2 began]. Really enjoy lightness," she explained.

If you want to refresh your memory, check out the season 1 trailer below:

The first season is currently airing on Netflix.

Sadly, fans still have a little while to wait. The series is expected to return next year, with a specific release date still not on the table. But hopefully, it won't be too long before we see our favorite pair back on our screens and we get some answers to that explosive cliffhanger finale.