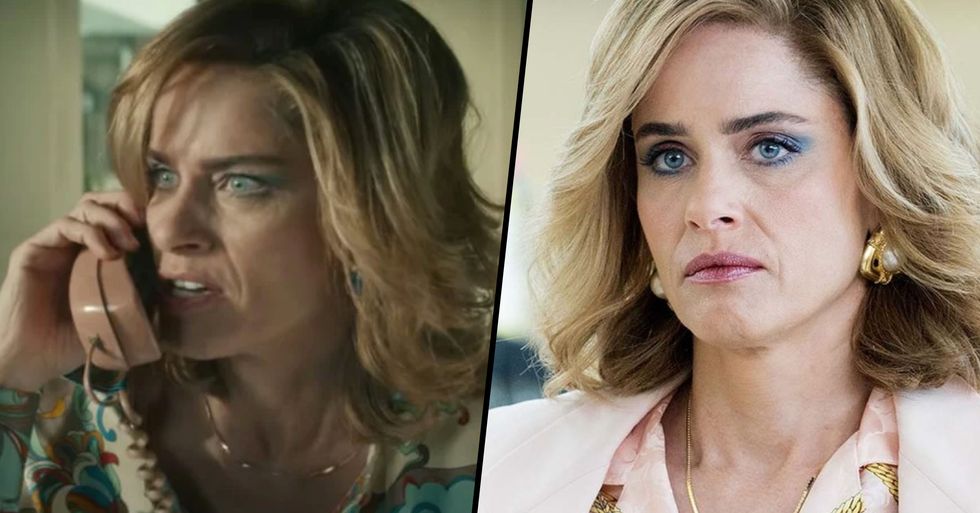 We all love a good Netflix show. The streaming giant has been host to many of our favorites, including the likes of Stranger Things, Orange Is The New Black, and Grace and Frankie. But one genre the platform seems to have perfected is anything that gives us a scare.

But their latest release is set to top anything horror-related they've done before - leaving viewers dubbing it as the "scariest" show that's ever been made by the streaming giant - it's the second series of Dirty John ...

Who enjoyed the first series of Dirty John?

It was based on a podcast of the same name.

Which told the true story of a violent scam artist.

The fact it was based on a true story made it even more horrifying.

And the performances were absolutely impeccable, too.

We basically watched the whole thing on the edge of our seats.

And for those who loved the original?

Boy, do we have some exciting news! Season two is back - and it's better than ever.

Nothing about being completely creeped out, jumping out your skin, or sleeping with the light on after embarking on a late-night horror movie viewing seems all that appealing, but somehow, the horror franchise has racked up quite a significant fanbase.

No matter how frightening or gory, it seems we just can't stop watching.

But there's one trend within the genre that's on the rise...

... TV shows. While they have been around for a number of years, many scare fanatics seem to be favoring scary series over the classic horror movie.

It's a market that's skyrocketed in popularity and given us many well-loved shows.

Including American Horror Story, Supernatural, and The Walking Dead.

The Haunting of Hill House was proof of this.

While the platform treats horror fans to a petrifying selection of scary movies, it's also been host to horror-series, like The Haunting of Hill House, that gives viewers a prolonged adrenaline-inducing experience of horror.

Instead of enduring a single installment in a movie, horror fanatics can enjoy multiple episodes instead.

It's the perfect scenario for those who want their fear fix to last that bit longer.

And Netflix's latest release has been dubbed as the scariest yet.

The second series of Dirty John has viewers feeling creeped out ...

Yesterday I started to see Dirty John. Oh the control and manipulation Dan has over Betty is making my skin crawl.
— carolina'G (@carolina'G)1597502028.0

#DirtyJohn season two is a prime example of how dangerous gaslighting can be to your partner's mental health.
— Gina (@Gina)1597453739.0

Dan Broderick - what a twat. Pushed a clearly mentally ill woman way past any normal boundary after cheating on her… https://t.co/WfUyFlcjoz
— Tammy (@Tammy)1597425306.0

#dirtyjohn #bettybroderick I dont think dan really cared about her, she put her career on hold had his children and… https://t.co/ofDfYugqsU
— Mikki (@Mikki)1597441658.0

This Dirty John Betty Broderick series is mad. Her husband gaslighted her and emotionally abused her for years, too… https://t.co/NineKmBaY6
— Catherine Lux* (@Catherine Lux*)1597405937.0

It's based on another true story, this time of a woman called Betty Broderick ...

She met her husband Dan Broderick while at college.

And the pair married and had 5 children.

But all wasn't what it seemed.

The pair went through one of the messiest divorces in U.S. history.

And that was far from the end of the story.

What happened next shook the U.S. media for years to come.

The new series is available to stream now.