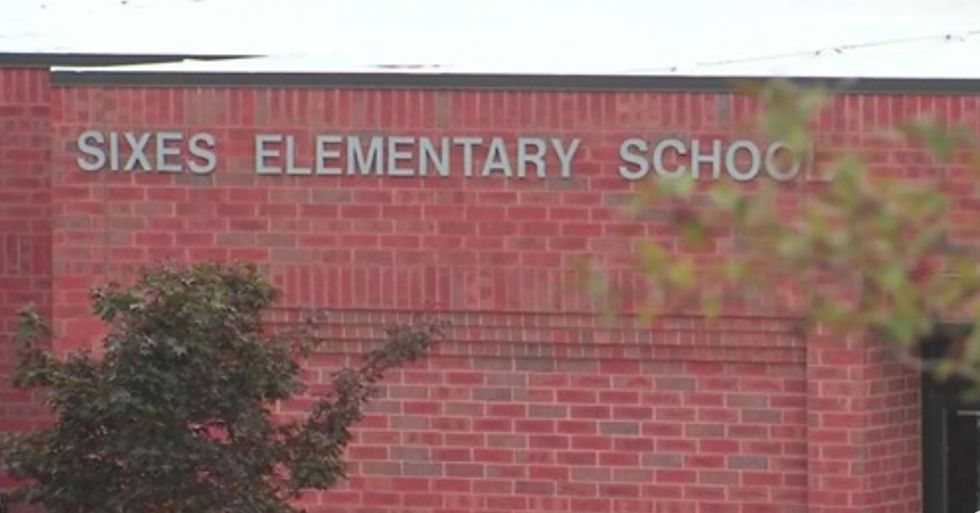 As we slowly start returning back to normality, certain precautions need to be put in place to prevent us from plummeting back to ground zero.

Unfortunately, as schools re-open, there doesn't seem to be anything set up to protect teachers or students from contracting the virus.

Parents have made their opinions on the matter pretty clear...

But a lot of others haven't and the latest pictures to emerge from inside a school in Georgia have been disturbing, to say the least.

As schools start opening, it seems as though masks and social distancing rules have been long forgotten.

And things went as well as you'd expect...

Due to its poor re-opening plan, the school closed the very next day.

Just a day later one of the classrooms was temporarily closed for deep cleaning, with the teacher and 20 other students put in quarantine after the student tested positive for the virus.

Parents and officials are still debating whether it is safe to send students back into classrooms just yet.

The whole thing seems too uncertain.

Dr. Anthony Fauci, director of the National Institute of Allergy and Infectious Diseases, has emphasized that schools need to include safety in their reopening plans. Which you'd think would be pretty obvious.

Schools will become a COVID breeding ground, at this point.

Currently, Cherokee County doesn't require children to wear masks in school at all, according to their reopening plan.

Schools have seen a dramatic increase in cases around Georgia.

Some schools have even opted for all-remote learning at the start of the year.

Is it really worth putting children's lives at risk?

The employees work in various areas of the school.

Tuesday was supposed to be the first day back, but classes were all taught virtually, Brock said.

It's reported that around 260 employees have either tested positive or been exposed in Georgia's largest school district.

"As of last Thursday, we had approximately 260 employees who had been excluded from work due to a positive case or contact with a case," GCPS spokeswoman Sloan Roach said. "This number is fluid as we continue to have new reports and others who are returning to work," she added.

The district is still set to reopen for online learning August 12.

It's clear that schools aren't ready to open just yet, and more needs to be done to ensure the safety of students and teachers above all else. Keep scrolling to find out why these coronavirus conspiracy theorists got arrested...