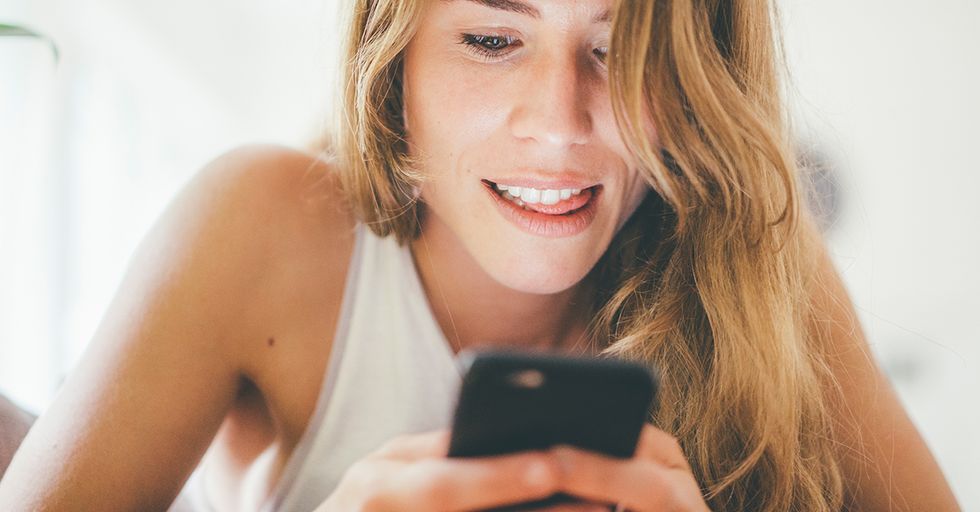 There's no denying the impact that Tinder has had on not only the dating world, but the dating app trend. It's become a permanent fixture in people's dating lives. Whether it's the place a person goes to for a hook-up, or where they end up meeting their spouse (both happen all the time!).

Despite your personal feelings about the app, it's hard to argue with the cultural impact it's had on millennials and online dating.

Swiping in the evening is apparently the peak swiping time, particularly around 9 pm. You're also more likely to match with someone earlier in the week as opposed to over the weekend.

Tinder is pretty much everywhere in the world.

The app is available to use in roughly 196 countries. That's a lot of online dating.

Smiling gets you more matches.

It should seem obvious, but smiling actually helps you acquire more matches. Users who have a warm smile in their picture are 14% more likely to match up with someone.

There are hundreds of millions of rejects on Tinder a day.

Yikes. Lots of people are getting denied on Tinder, which is no surprise. For every match, there's going to be way more rejections.

You spend way more time swiping than you realize.

Users spend an average of about 35 minutes on the app, which is pretty wild when you think about all the swiping your thumb has to do. Tinder is as addicting as any other social media platform. Keep reading for more interesting facts about Tinder and online dating.

The average person logs onto Tinder 11 times in one day.

We all know that everyone checks Instagram and Facebook constantly, but logging onto Tinder 11 times is pretty surprising. That's a lot of swiping.

Who uses Tinder the most?

Turns out the top countries that use Tinder are the United States, Brazil, and the United Kingdom. Let the international swiping begin!

The amount of people swiping daily is pretty bonkers.

Users who allow Spotify to post what music they're listening to have about 84% more matches than those who do not. Music matters in the dating world.

It may seem that good photos are the most important part of a Tinder profile, but it's actually education. 96% of users report that the education listed is a key component in which way they swipe. The next fact will surprise you, for sure.

A large percentage of Tinder users are already in a relationship.

This is either really surprising or not very surprising at all. Apparently, a whopping 42% of Tinder users are already in a relationship.

There's an internal ranking score within the app.

This is quite interesting. According to The Talko, Tinder gives users a score as to how attractive they are. Uhhh, cool?

Tinder is not a fan of picky users.

But they also don't like it if you're not picky enough. Which makes sense: if you're swiping yes on everyone, the app will think you're a scammer. But if you never swipe yes, you'll never get a match, and the app will apparently show you fewer profiles.

Despite the fact that more men are actually on the app, women spend more time swiping. They're also way pickier than men (shocker). Women only swipe right (yes) 14% of the time, whereas men swipe right 46% of the time.

When you check into a new location on the app, Tinder pushes your profile to the front. So for all you wanderlust adventurers out there, you're a Tinder fave. There are still more interesting secret facts about Tinder.

There are a lot of spam bots on Tinder.

Which, really isn't that surprising but it still is a bit alarming. Can you imagine being catfished on Tinder?

There's a large portion of people who use Tinder that have low self-esteem.

According to The Talko, a study was done at the American Psychological Association that showed Tinder users are likely to be insecure and have low self-esteem. But honestly, that can be said for everyone on Instagram, Twitter, and Facebook. The more time we spend scrolling through our screens, the more we compare ourselves to others and in turn, feel depressed about our own lives. Obviously, this isn't true for everyone on Tinder, but it's still interesting.

In 2017, Tinder had a contest to support the LGBTQ community by giving away $100,000 for a dream wedding to an LGBTQ couple who met on the app. Cue all of the feels.

Tinder used to be exclusive to college students.

Back in the day, it was called Matchbox. It was only accessible to students on a college campus, much like Facebook.

Tinder was the first of its kind to employ the "swipe method."

Tinder is known for the swiping, and it was the first app to do so. Since then, plenty of apps have been inspired to do the same thing. Share this with a friend on Facebook who loves Tinder!