The Biggest Secrets People Have Kept From Their Parents | 22 Words 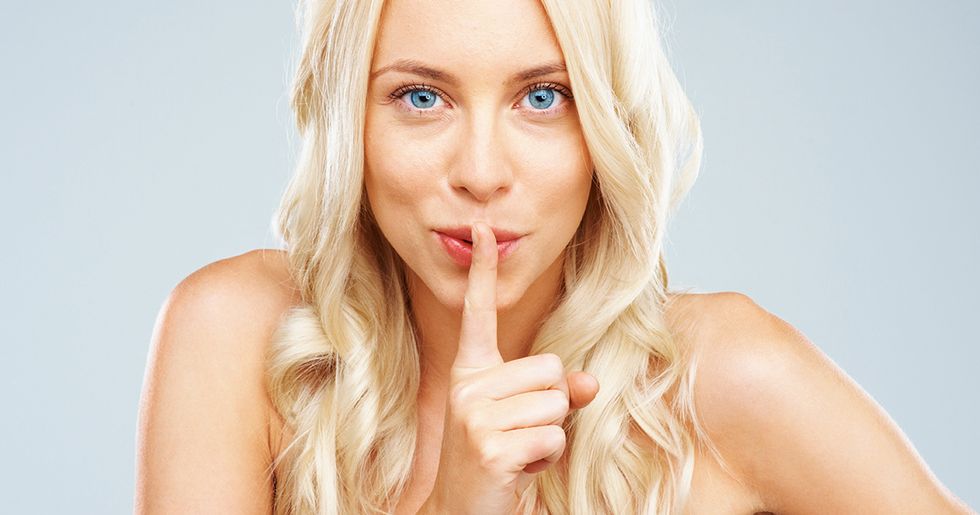 The Biggest Secrets People Have Kept From Their Parents

Everyone keeps secrets. Even if you're the most open, over-sharing human being, there's a pretty high chance that you have a secret or two. It's normal, and a part of life. But there are some people that you keep the most secrets from - and sometimes, those people are your parents.

Lots of us have kept things from our parents growing up. Whether it's sneaking out after curfew, lying about a grade on a test, or fibbing about doing a chore, most of us have - at one point - kept something from our parents. In a recent Reddit thread, somebody posed the question to the great, wide internet: What's the biggest secret you've kept from your parents?

The answers in the thread range all over the spectrum of gravity. We've pulled some of the most interesting secrets that people have kept from their parents. After you finish reading, I can bet that you'll probably be scratching your head wondering just what you've kept hidden from your parents over the years!

I make more money than I let on. My parents have and will always be the "I take care of you all your life, time for you to pay it back" type of parent. Except there is no end to this "debt". So I hide money from them so they can't take advantage of me.  - Nagaisbae

Money can be complicated.

Same! The entire time I was growing up my mom constantly reminded me she could legally sue me for $10k when I was 18 for raising me (this is my biological mother). I grew up scared, with this threat over my head it seemed pointless to try to make anything of myself. By the time I was old enough to know better, the mentality had sunk in and I was pretty much a huge loser until I was about 22 Edit to clarify: No, your parents can not sue you for the cost of raising you. It was said to incite fear and generally be an a**hole parent. - CorkeysGirl

This one is pretty funny...

I recorded Gundam Wing: Endless Waltz over my sister's high school graduation video. It's been about 18 years, but I still feel bad. - sheldonowns Who watches graduation videos anyway?

This is a pretty big secret to keep quiet.

I met the guy my mom told me was my real father. We did a DNA test and there is a 0% chance. He even took me on a white water rafting trip with his wife and son. I’ve never told her. - the_nightcourt

Some things are better left alone.

My dad doesn't know that I was suspended due to grades for a semester in college. - _ohhello We've all been there when it comes to bad grades.

Definitely don't tell your mom this is the reason why your laptop broke.

I actually DID know why my laptop wasn't working. I spilled a fair bit of Jack Daniel's on it. - dramaticeffect_ This couldn't have been worth the drink.

Who else snuck out of their house?

That I used to sneak out of the house from our second story bathroom window to go nightclubbing with my friends after my parents went to bed. - Vyzantinist

I am fully aware of my father's extramarital affairs. - zeronotzero

You grow from your mistakes.

Stole money for weed and regret it to this day. My lazy ass should've just gotten a job instead. - Reddit user

Okay, we're going to need the full story on the next one...

My mum doesn't know I've been arrested twice, one time with my dad. - BarryShitpeas22 There are so many questions I have after reading this.

When I was at Walmart with my mom, and I stole 2 of those big cartons full of Pokemon Cards. Took the cards and stuffed them in my back pocket. I planned the whole robbery a week before. I was the best robber at 9. - j-benz

Okay, who else did this?

I used to watch South Park when they thought I was sleeping. - cow_eggs

I used to watch Family Guy.

When I was 17 I rented “Not Another Teen Movie" watched it and returned it without them finding out. They wouldn’t have approved. - somemetausername

My mom always wondered why I didn't have friends in high school and it is because we were broke and I knew she was struggling. So I refused anytime people wanted to do things so I wouldn't ask for money. Then in my last year of high school, I worked full time so I had no time to make friends. - winenotbecauseofrum

This next story is intense.

When I was 12 I saw emails on my mom's iPod touch. The emails were very suggestive and were between my mother and another man. I never told my dad that I saw those emails. I wish I did because it turned out that she was cheating on him. This is the first time I've mentioned it to anyone. It feels good to get it off my chest. - stitchessnitches

Who else grew up with really conservative parents?

I lived with my girlfriend/fiancé for ~1.5 years in a house ~45 minutes from where my parents lived prior to us being married. They are very conservative and would have likely not attended the wedding had they known. - atlienk

Sometimes you have to make the best decision for yourself.

They had no idea I left my job with the cable company to sell cars / write up oil changes for almost a year. I was emotionally burnt out from the bullshit and couldn't take it anymore so I tried switching careers. Didn't really pan out, but it did get me away from that toxic shithole of a company and allowed me to figure out what I actually wanted to do and go from there. - Lyn1987

Sometimes you just need some pizza.

I sometimes grab lunch or dinner on the way home from class, and I don't tell them. If I did, I'd probably get yelled at for "wasting money when we have perfectly good food at home." My mom's cooking is great but...... sometimes I just want to grab some pizza. - Kent_Knifen

Well this is an interesting job.

I was a phone sex operator in university. I told everyone I took phone orders for The Bay (a department store in Canada). One day my dad asked me if they were hiring. Nope. We were not.

I smashed a supermarket window. - Pools2014 Once again - I have so many questions.

I’ve read or written fanfiction since I was 16 years old. I have no idea what they thought I was laughing at on my laptop for the last ten years but I’m glad they didn’t know the truth. Some of it is preeeeetty explicit. - something-sensible

That I'm the one eating all their grapes.

- SacredSix
Listen, grapes are delicious. I get this.

Weaving quite the complicated web...

One night, I went out to a party and ended up getting cross faded. When the cops crashed the party, they found me messed up with puke on myself so they called an ambulance to take me to a hospital. They pretty much just kept me there until I sobered up and my friend got her brother to drive me to my friend's place to crash for the night. My parents don’t know I smoke, drink and somewhat party, let alone ended up in an ambulance because of one. Later on, they got a bill for the ambulance but I just told them that I got knocked out after I bonked my head on the sidewalk trying to cross the street, and my friend called 911. - Cyburx

I knew neither of them was faithful to each other when I was a kid before they divorced. I may have been young and not completely grasped everything but I still could see what was going on and knew something was wrong with it. - dandelionchamomile

Is this The Social Network?

That me and my buddy become millionaires at 18. I'm 20 now and we haven't told either of our parents. We don't spend money, we just invest it. They do question us now and then asking why we spend so much time together. But that's because we're running a business. - kashflowz

My mother banned me from my phone for a year. I found where they kept it and hid it from me. I used it when they were asleep, charged it using power banks and charged the power banks. And when my mom celebrated the day I got it back, I slipped it back into the hiding spot and they never knew. - dabest2967

I quit my job to pursue acting for the first time, full-time. My dad doesn't know. Two years and counting.

- AggravatingCupcake0 You got this! Love these secrets? Stay tuned for the secrets people kept from their significant others!