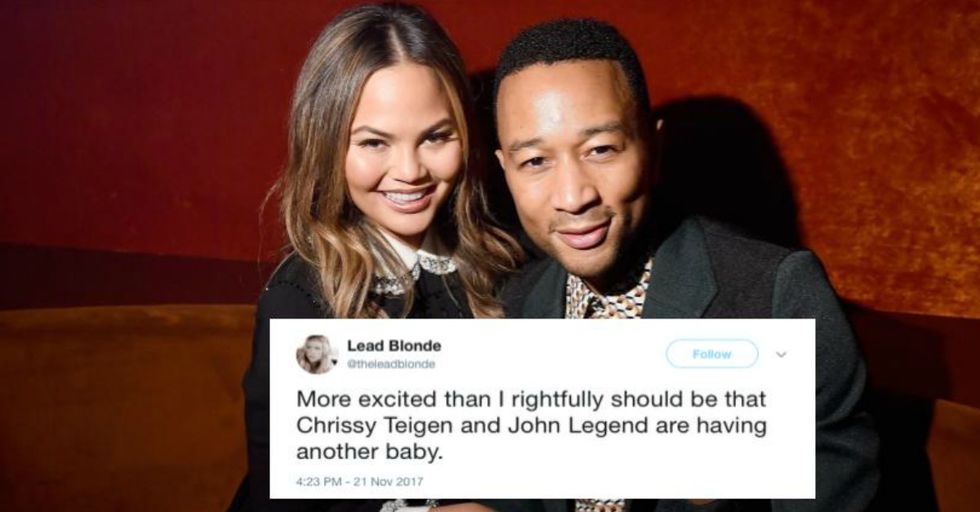 The model and cookbook author posted the announcement on Instagram Tuesday, less than one week after her husband, singer John Legend told People magazine that they were working on a second child and that “hopefully it [would] be soon.”

Now, here it is, the official announcement.

This will be the second child for the couple, who married in 2013, and have a one year old, Luna Simone Stephens.

Teigen has been very open about her struggles to conceive.

She told InStyle that she and Legend had been trying to have a second baby via frozen embryo transfer. According to Teigen, they began with 20 embryos and out of ALL of those, only three were deemed fit for transfer.

"The first little girl didn't work, and then the second is Luna," Teigen stated.

People had begun to speculate about a pregnancy in January 2017, so Teigen took to Twitter to deny the rumors. "Since this is coming up again, I said our next baby would be a boy because that is the embryo we have left. A boy. So. Yeah," she tweeted. "And no, I am not pregnant."

But now, Teigen definitely is!

In the video, she asks her daughter, "Luna, what’s in here?" In response, Luna points at her stomach and adorably exclaims “Baby!"

Teigen cheekily captioned the video, “It’s John’s!" but Legend had a hilarious comeback.

"Maury will have the final word on this," he commented on the post. We sincerely doubt that. Congratulations, you crazy kids! We love ya!