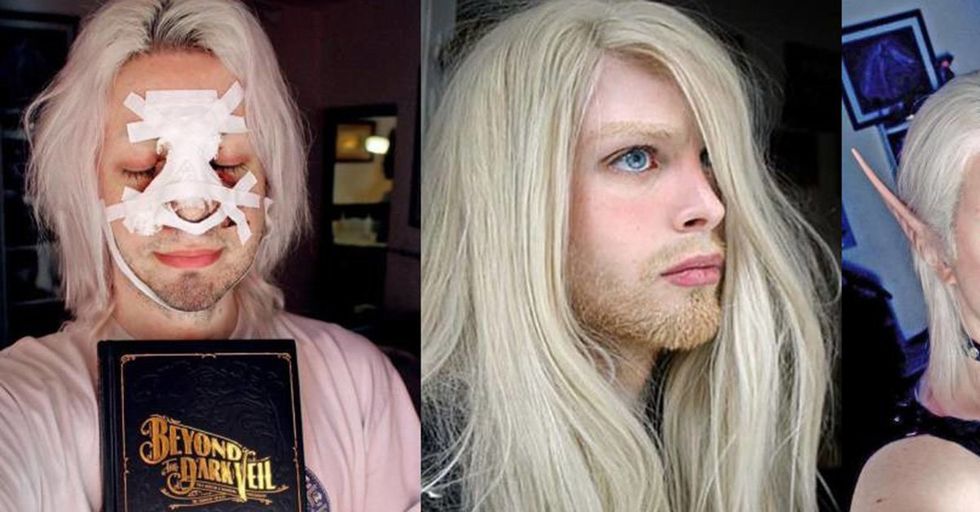 At this point, we've seen enough people seeking out bizarre plastic surgery transformations that it's hard to be surprised by whatever happens next.

But in this case...prepare to be surprised. This man's journey from human to elf will shock even the most jaded people among us. Check out the impressive transformation below.

His whole life, Luis Padron had been bullied for being "different."

But as he matured and grew older, he began to embrace his differences, rather than hide them.

However, this soon kickstarted a quest to appear VERY different, as you'll see.

So far, Luis, a Buenos Aires native, has spent $35,000 on painful, intrusive surgeries to resemble a real-world elf.

He considers himself "trans-species" and now is crafting the body to match.

He also had all his body hair removed, which (I guess) is in keeping with the grooming habits of an elf.

Perhaps most frightening of all is the fact that he's not done yet.

Rather, he's hoping to get a limb-lengthening procedure (ouch!) that would make him...

He's 6'5" tall. That has to be the tallest elf in the history of fantasy worlds, doesn't it?