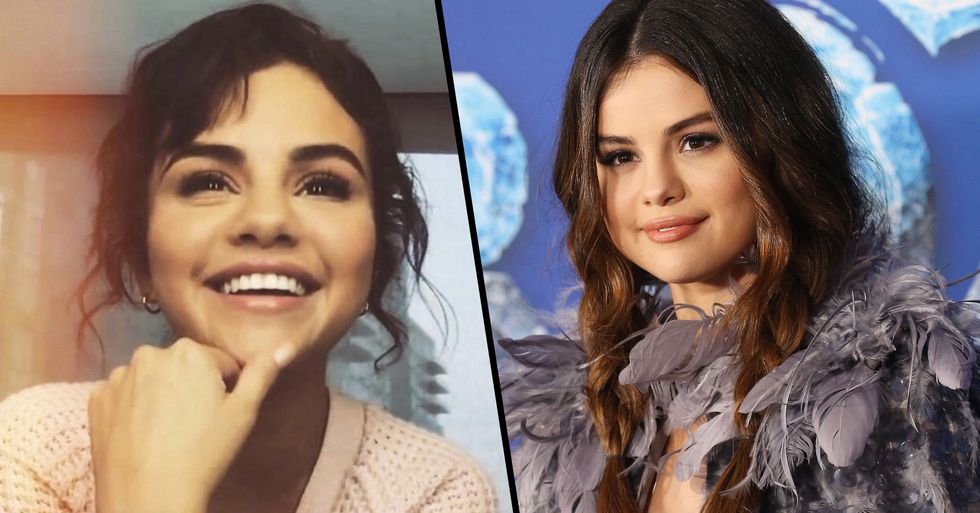 Selena Gomez Is Launching Her Own Makeup Line

Selena Gomez has had a busy year. Though her ex-boo Justin Bieber married his new flame Hailey Baldwin, it didn't mean the end of drama between the trio. But Gomez seems set to rise from the ashes - rising above the noise with critically acclaimed new music and even a tattoo many suspect is a subtle nod to her past relationship.

And following on from this, Selena unveiled a very controversial new tattoo.

Because people noticed something ...

And the Justin and Selena conspiracy theorists are out in full force.

And, as ever, fans cannot stop talking about Justin!

Selena's tatt reads, "Rare," which is the name of her album. The album that's basically about Justin Bieber.

Here's the tattoo that's got the whole internet talking.

What do you think? A message to Bieber? Or fans reading too much into things?

Because Selena has made another exclusive announcement.

Alongside music, there's always been another passion in Selena's life.

She's always been a huge fan of beauty products, and loves experimenting with her look.

It seems she's set to launch her very own beauty brand!

And it didn't take fans long to guess what the "really exciting and very special" project was going to be.

"I am launching my own beauty brand and it is called Rare Beauty."

"This is something I started working on two years ago. I found the right partners and the right team."

"It’s important to me because I wanted to make a brand where you feel comfortable."

"It’s not just a brand. It’s going to be a lifestyle. I want girls and boys and men and women to feel comfortable."

"The line is going to be at every Sephora store, and we will go globally next year."

"There’s lots and lots of other things I want to share with you guys, but we’re going to share them within a few months."

"A lot of what’s coming up is going to be in participation with you guys. I want your help to build the brand because I want it to be real [with] real stories and real people and just a place where people can feel like they’re in a community. Where they don’t feel pressure to look like anything but themselves."

We're excited to see what products come from this brand! Fancy more from celebrity beauty brands? Scroll on for all the details on Lady Gaga's Haus Beauty.