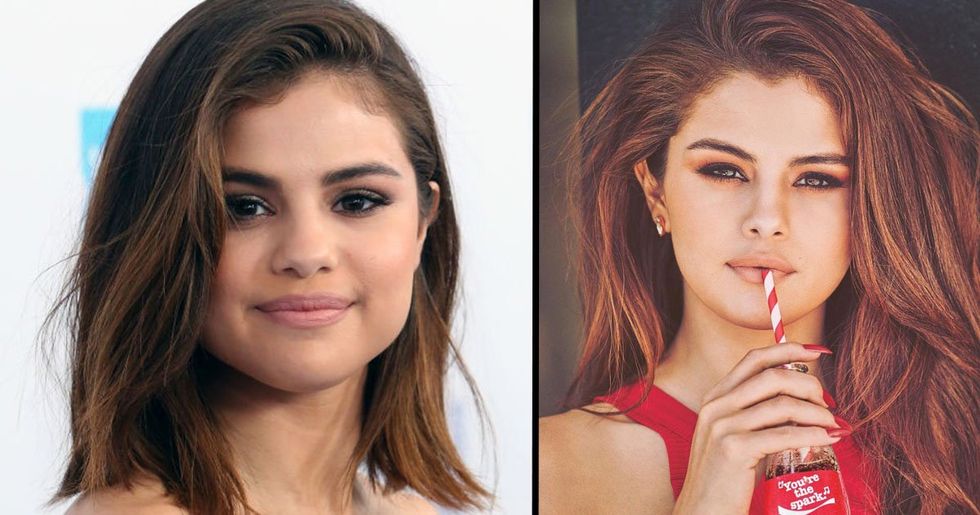 Selena Gomez Is No Longer the Most Followed Woman on Instagram

It has finally happened! After a long time holding the title, Selena Gomez is no longer the most followed woman on Instagram.

The pop-star and Disney veteran has held the record since last October, and at one point she was actually the most followed person on the photo-sharing site before she was unseated by Cristiano Ronaldo. Pushing her to third place out of the 30 most followed Instagram pages, but now she has fallen down again to fourth place. But this is not surprising, Gomez did recently take a break from social media after she had an issue with her low white blood cell count, and this lack of activity probably contributed to the decline.

But I bet you are wondering, who beat her? And, who or what, are the other 29 accounts that have made it onto the most followed list? Well, you may be surprised to find out who holds such an honor.

Turns out The Greatest Showman star just falls into the Top 30, with over 54.3 million followers.

Next is Shakira, who still remains popular on the photo-sharing site with 55.9 million followers.

Interestingly, the next entry is lingerie company, Victoria’s Secret, which boasts 65.1 million followers. I wonder if it’s mainly men or women?

Another interesting entry, turns out Barcelona Football Club is very popular on social media with a whopping 66 million followers.

Always known for being an active social media user, comedian Ellen Degeneres still remains to be one of the most popular people on Instagram, with 66.9 million followers.

Not only does she rule the red carpet at the Met Gala, but she also rules over a piece of Instagram. As of February 2019, Rihanna has 67.9 million followers behind her.

Another football club that can boast having more followers than most Hollywood stars. Madrid is followed by 69.2 million people. Bet Rihanna is thrilled.

Controversial one here. But it seems that the comedian and actor still has his devoted followers, 70.3 million of them to be exact.

And we have finally reached our first Kardashian of the evening. Kourtney may not be at the same level as her sisters but she does have 73.9 million followers.

The bubble-gum princess of Pop comes next, Perry may not have released a song in a while but she is still followed by 75.9 million people. Wow!

Another popular singer and performer, Cyrus is followed by 85.2 million followers!

Another clothing brand, Nike can boast 85.2 million followers as well! People must really like those clothes.

J-Lo comes next, with the singer and actress having 87 million followers. Not bad.

Another member of the Kardashian clan, Khloe remains strong with 87.9 million followers watching her every move.

The ‘Starships’ singer still manages to rule over the photo-sharing platform with her devoted 99.5 million followers.

Another interesting choice, turns out the National Geographic can boast more followers than Nicki Minaj and Miley Cyrus. I guess there’s a lot of happy geographers out there. The magazine stands strong with 101 million followers.

Another controversial one, seeing as Bieber only makes the headlines for the wrong reasons these days. But looks like his heartthrob status remains intact with his 104 million followers at his back.

Footballer and public figure, Lionel Messi comes next, with a staggering 110 million followers.

Another footballer steals the limelight, with Neymar holding 111 million followers. What is it about footballers?

Singer and Lion King star, Beyoncé Knowles-Carter comes next. In a shocking twist, Queen B does not even fall into the Top 5, with only 125 million followers.

Still filling up the list, we have another member of the Kardashian circle. Kylie Jenner holds 127 million followers.

Surprisingly, Kim does not make it into the Top 5, she does however have 128 million followers who love and support her.

Now we have hit the big leagues, with the Rock taking 5thplace on the list. The wrestler turned actor holds an amazing 132 million followers. You’re welcome!

As already stated, Selena Gomez lost her original 3rdplacement this month, but she still remains one of the most followed figures on Instagram, with her 146 million followers.

Yes, turns out the new golden girl on the scene is none other than Ariana Grande, who’s music continues to top the charts each year. Grande holds 147 million Instagram followers, making her the new third place on the list.

But the list doesn’t stop there as Footballer, Cristiano Ronaldo, takes second place with 155 million followers.

And you’ll never guess who is first place!

Turns out Instagram itself continues to top the list in terms of followers. With the social media platform’s own account receiving 280 million followers. So, are you happy that Grande is moving up in the world? Or do you mourn for Gomez?