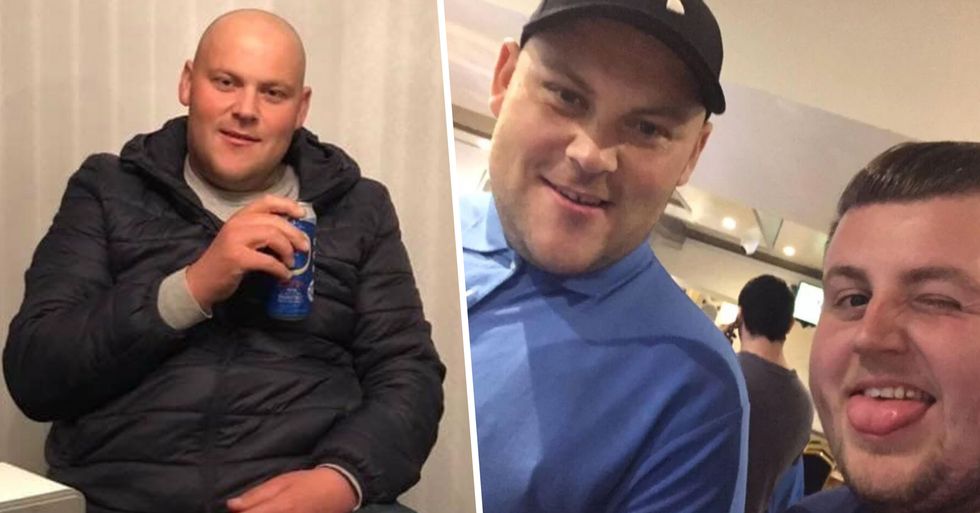 Cancer is a devastating and cruel disease that claims the lives of hundreds of thousands across the globe every year.

But imagine contracting COVID-19 while having cancer? Well, tragically, this was a reality for one man, who succumbed to the virus after telling doctors to "save someone else's life" instead.

Keep scrolling to read the heartbreaking reason he came to this decision.

This week, a heartbreaking story has come to light.

Thirty-year-old British man with leukemia had died from coronavirus.

Liam Downing had been battling with leukemia for 2 years.

And sadly, had been told he only had a few months left to live.

Liam was determined to not let his cancer dampen his spirits.

And had just created a bucket list of what he wanted to do before he passed away.

But tragically, he ended up contracting the deadly COVID-19 virus.

Cancer patients are particularly susceptible due to a weakened immune system from the illness itself and treatments.

Liam reportedly told doctors to "save someone else's life."

And tragically, just days after his thirtieth birthday, on Friday, March 27, he passed away.

He apparently didn't "want to use up NHS money."

After testing positive for the virus, before he died, he had to move wards and be isolated from his family. This is absolutely heart-wrenching.

Liam then spoke with specialists about what his options were.

And he made the brave decision to move forward with end of life care instead of treatment.

"He has fought leukemia for nearly 2 years and last week, we were told there was nothing more they could do to help him. "To then be told he had coronavirus was just devastating."

"I'm so unbelievably proud of you Liam! You fought so long and hard but now's your time to relax! You're now out of pain! I'm so glad we had so much laughter together as we got older. I'll forever cherish those memories!"

A GoFundMe page has been set up in Liam's memory to raise funds for his plot, headstone, and flowers.

On the fundraising page, Laura explained: "On Monday, March 16 [Liam] was admitted back into hospital with an 'infection.' Tests were carried out [and he tested positive for] COVID-19. "Liam had to move wards and be isolated away from anyone he knew or [was] used to looking after him. He was also not allowed to see any of his family due to the risks of spreading the virus."

"He had fought the battle for as long as he could with the leukemia and did not want to waste any more of the NHS' money and selflessly said, 'Save someone else's life with it'."

At the time of writing, Liam's family have managed to raise nearly £5000 ($6,190.72). Utterly devastating. R.I.P Liam. Keep scrolling to learn about a brave 6-year-old who received a standing ovation by his classmates after beating cancer…