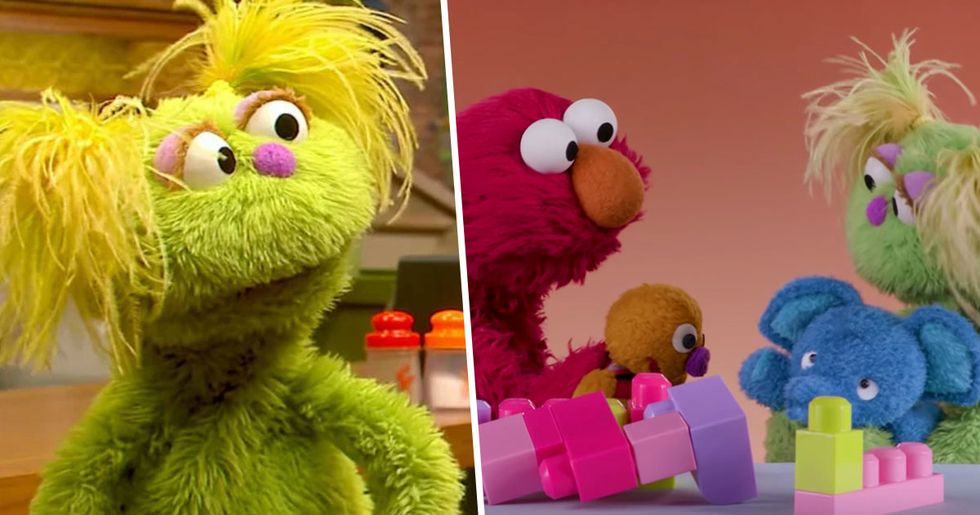 Bert and Ernie fans were recently overjoyed to learn that their favorite Sesame Street duo have always been more than friends in the eyes of their writer. Former Sesame Street writer, Mark Saltzman, shared his perspective on Bert and Ernie's relationship in a recent interview with Queerty.

Of course, the two are long-time pop culture icons, and Saltzman's revelation seems to be making more waves today! While Sesame Street may not be on board with the idea (they have issued a statement), the love between Bert and Ernie can't be denied. Find out what Saltzman and the rest of the internet have said. And, see what you make of the epic bond between these two muppets!

And in efforts to make Sesame Street even more progressive, writers had introduced a new character - with a heartwrenching story to share.

Recently, our favorite muppet couple was pronounced an actual couple.

We’ve all suspected for years, haven’t we?

In an interview, Mark Saltzman was asked if he thought of Bert and Ernie as a gay couple when he wrote them.

“I remember one time that a column from The San Francisco Chronicle, a preschooler in the city turned to mom and asked, “are Bert & Ernie lovers?" And that, coming from a preschooler was fun. And that got passed around, and everyone had their chuckle and went back to it. And I always felt that without a huge agenda, when I was writing Bert & Ernie, they were. I didn’t have any other way to contextualize them. The other thing was, more than one person referred to Arnie and me as ‘Bert and Ernie,’" Saltzman told Queerty.

He even knew who was the Bert and the Ernie in his own relationship.

“Yeah, I was Ernie. I look more Bert-ish. And Arnie as a film editor—if you thought of Bert with a job in the world, wouldn’t that be perfect? Bert with his paper clips and organization? And I was the jokester. So it was the Bert and Ernie relationship, and I was already with Arnie when I came to Sesame Street," Saltzman shared. “So I don’t think I’d know how else to write them, but as a loving couple," said Saltzman. “I wrote sketches…Arnie’s OCD would create friction with how chaotic I was. And that’s the Bert and Ernie dynamic."

Thus, Bert and Ernie became an expression of his real-life romantic relationship.

Sesame Street has something different to say about Bert and Ernie.

But…what about Kermit and Miss Piggy?

People aren’t falling for it.

There are plenty of Muppet-couples, and you don’t need to portray a sexual relationship to have a romantic one. Can’t have your Muppets both ways!

Needless to say, the internet is pretty convinced that Bert and Ernie are a couple.

Look at all these other couples!

And they’re not the only characters Saltzman believes queer youth can relate to.

Saltzman told Queerty, “Those two [and] Snuffalupagus, because he’s the sort of clinically depressed Muppet…you had characters that appealed to a gay audience. And Snuffy, this depressed person nobody can see, that’s sort of Kafka! It’s sort of gay closeted too."

Regardless, it was a big day for Bert, Ernie, and Snuffy.

And everybody knows it!

Bert and Ernie’s relationship was written by a gay man, and in many ways characterized by his own romantic relationship.

Bert and Ernie have been LGBTQ+ icons for a long time—and now we’ve got Saltzman’s sweet story to back it up. Just look at these lovebirds!

And now there's been another progressive Sesame Street character.

This is Karlie, aged six, and a new friend of Elmo. She's been brought on to the show to broach the difficult topic of addiction.

But now her backstory has expanded to help bring attention to the US's opioid crisis.

It's the first time the topic has been brought to the show.

And it's a really fantastic way to showcase the issue to children in a way they can understand and learn from.

"My mom was having a hard time with addiction."

"It felt like I was the only one going through it. But now I've met so many other kids like us."

According to the Sesame Workshop, these are the "words children need to hear most: You are not alone. You will be taken care of."

"Addiction is a sickness and, as with any sickness, people need help to get better. And most importantly: It’s not your fault."

Salia is a real girl struggling with the same situation.

This progressive step is a truly amazing one - and we hope kids who see this are helped to feel less alone in the world.